A Copywriting Project for Which We Are Truly Grateful 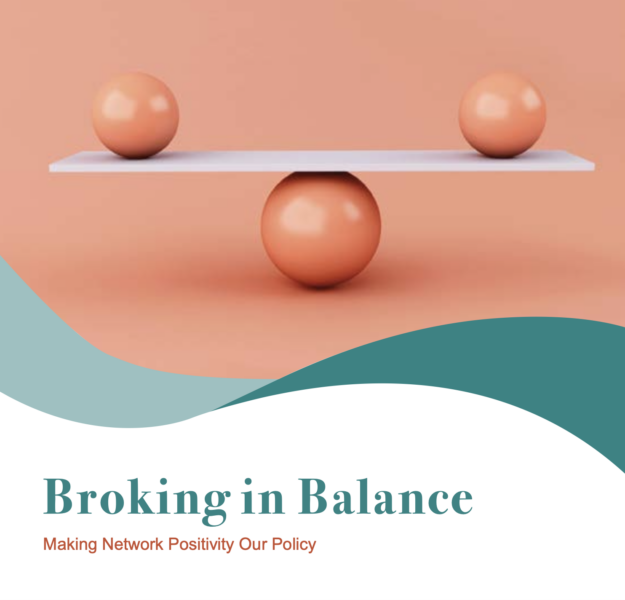 A Copywriting Project for Which We Are Truly Grateful

The early months of the pandemic and lockdown one saw Catapult PR undertaking one of the most rewarding copywriting projects we have ever worked on and something that was our idea from first to last, as we sought to raise spirits within a membership-based network.

The membership network in question was one of insurance brokers affiliated to a global insurance giant. We believed that support for the membership, of an unexpected and almost random acts of kindness nature, could serve the network well, demonstrating real concern for members as people and not just business colleagues running insurance brokerages. This is how we pitched the idea of ‘Broking in Balance’ and, to our delight, it was taken on board.

This 20-page booklet was a completely new departure for the network, right down to being designed in a very different, refreshing and uplifting way, in pastel shades that complemented the content, rather than giving too much of a nod to the heavier purple of the traditional corporate branding.

We decided on the content we felt the booklet needed to contain, researched all topics in depth and then carefully crafted copy, under various section headings which we hoped would appeal to the client’s members.

We focused on 10 steps to positivity, feeling grateful, the importance of sleep, good diet and intentional positivity. We covered the topics of positivity through language and the benefits of creating a list of ‘banned’ words and alternative positive words, which could become their conversational substitutes. We introduced the Teapot Technique and the topic of mindfulness and discussed mental health, imposter syndrome and its dangers and then the negativity that can surround social media usage, even if we often have a fear of missing out (FOMO) by not being on our social media channels.

15 minutes of sunshine was the section that I suppose you could call our ‘Pollyanna’ offering, considering little things that can give us the feelgood factor and yet cost nothing. To support the feeling of simplicity, we threw in quotes from Winnie the Pooh and Piglet – just some of the quotes from wise old head which we used throughout the booklet, drawing inspiration from everyone from Marilyn Monroe, Virginia Woolf and marketing gurn, Seth Godin, to Johan Cruyff and Lionel Messi, some of the stars of our sporting analogy section.

Research enabled us to include the most uplifting playlist in the world (according to experts) and we detailed podcasts to turn to, if mental health support was required. We then described the positivity to be found in nature and simple pleasures, such as birdwatching and observing flowers, plants and wildlife, in a true ‘What a Wonderful World’, Louis Armstrong kind of way.

Overall, there was remarkably little about selling insurance – just a reference to research that highlighted how positive-minded salespeople sell more insurance than negative ones and a list of insurance policies into which to pivot sales, if customers in certain trade sectors would no longer require cover from the network’s broker members, due to lockdown.

To say this was a rewarding piece of work and a brilliant copywriting project to tackle is an understatement and we are so grateful that our client allowed us to run with our idea, so that we could create this resource for their members.

The outcome for the client was a top award as the Insurance Broker Network of the Year, with our initiative ranking as one of the standout things the network had done to support brokers during the pandemic. The reward for us was the derived positivity that we gained from writing this booklet, selecting the supporting imagery and colours and putting the whole thing together for the network’s members.

As we so often find, when we write about something in the powerful language we always deploy, it sticks. There is no doubt that writing this booklet boosted our own positivity and gave us a huge feelgood factor, at a vital time in lockdown one. It is one of the ‘things to be grateful for’, about which we regularly remind ourselves.