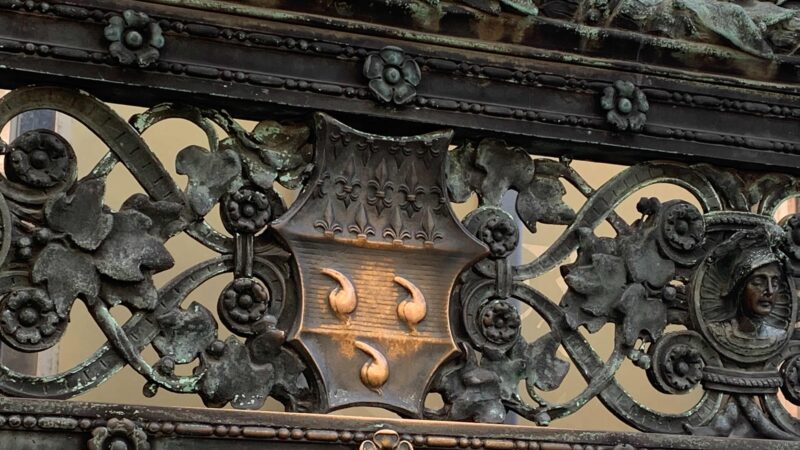 Despite all the pandemic has thrown at the UK, Catapult PR has been stronger and fitter than ever. We acquired new clients in 2020 – an almost incredible turn of events – and have a variety of new business opportunities already on the table in 2021, plus new clients who have come on board since the start of the year.

Some might feel this is down to our long-term strategies coming back to pay dividends. Others might say that if you win 41 awards and over 70 runners-up accolades in less than 22 years, you’ve demonstrated that, no matter what the economic situation, you are the people who get the job done and with great success.

Being a slightly more ethereal and superstitious individual, however, I put it all down to having rubbed Colleoni’s balls!

Confused? Let me tell you all. My travelling companion is a real city-break, mini-trip organiser extraordinaire. If you want anyone who can eak every last bit of value out of a 3-5 day trip made by budget airline, and who can simultaneously make you feel as though your feet have finally detached from your body, he’s your man. He can make your Fitbit give up the ghost and surrender after just a few hours of sticking to his sightseeing plan, but you will undoubtedly leave a place in the world wondering how on earth you fit so much in … without dying.

So things were, yet again, when the Bergamo trip came up – or should I say, Bergamo plus Monza and Italian Grand Prix, not to mention full trips to Lake Iseo and a day’s criss-crossing of Lake Como by boat, packed into just four days that had no flights in them and which didn’t always offer the best of weather.

This was September 2019. It was not until the afternoon of day two – having already ‘done’ part of Bergamo and discovered the angst of driving in a city full of ZTL zones, as well has having driven halfway round Lake Iseo – that Colleoni’s balls were tracked down. To be honest, prior to departure, there had been no mention of said balls, but a “what are you on about?” conversation had now taken place, which finally left me convinced that find them we must, as they would deliver the ultimate degree of luck.

“So what are Colleoni’s balls?” I hear you cry. Well, in a word, testicles. They are the coat of arms of the hugely successful 15th century mercenary leader, Bartolomeo Colleoni, whose real name was Colionus, which means testicles, and we had been told they could be found in a particular square in Bergamo, where to rub them brings enormous good fortune (according to the locals).

Not finding them, for a good half hour of marching to and fro around a piazza, may have been partially my fault, because if someone tells me that rubbing balls is going to bestow good fortune for the rest of my life, I do somewhat envisage something grand and prominent. I wasn’t quite expecting this phenomenon to actually be rather discreet and less-than-obvious and admit to having been distracted by one of my great loves – a donkey – plus the wonderful Bergamo ice-cream creation that is Stracciatella and a man, who like many people across the world, decided I had a face he wanted to talk to and commandeered me, as he sought to reveal all about Bergamo’s ancient solar clock to me.

Seeing raised eyebrows of the “oh no, she’s found yet another person who wants to talk to her face” variety, I extricated myself from the solar clock demo and paid attention to the distinct scent of “we need to find Colleoni’s balls”, which was wafting on the air.

Divine inspiration struck. I suddenly spotted a place where a bit of a crowd had gathered.

“Well, I didn’t expect them to be there,” said the chief tour organiser.

“And I didn’t expect these tiddly things,” I thought, rubbing them for luck and hoping for good fortune, nonetheless.

My faith in Colleoni’s balls was somewhat decimated when this amazing city of Bergamo, with its upper and lower town, historic funicular, UNESCO walls and just incredible homemade lemonade served up in the funicular station, somehow became the epicentre of Italy’s coronavirus traumas. I thought about our amazing Airbnb host – who drove us to the station for our Monza trip just because that’s how nice she was all the time – and who was so distraught about the mini-invasion of beetles that we’d suffered. I wondered how the charming Sicilian man and his son, who I was convinced had to be related to the boy in ‘Cinema Paradiso’, were doing in their little restaurant, into which we had literally run like drowned rats when the heavens had opened, just after the long and challenging trip back from the Italian Grand Prix. I contemplated the very studious girl in the tourist office, who I had chatted to in Italian for ages, and contemplated how she was coping. (I wasn’t overly bothered about the awful hire car rep who’d tried to fleece me with extra damage waiver cover, however, I have to admit. Speaking Italian does come in very useful sometimes, especially when people don’t think you speak it!)

I literally couldn’t get my head around how such a beautiful and amazing place could have been fine in September and have coffins piling up in the streets just a few months later. We’d literally been everywhere in that city.

Before I knew it, however, the UK was in the same position. I woke up one morning and just cried, wondering how on earth we would all cope, how I could keep my family safe and what would happen to the business. I threw myself into over-drive – so much so that I ended up being the only business in the building that didn’t get its rent paid by Blackpool Council! I just worked night and day on whatever came my way.

The result has been an incredible year for the business in 2020 and a great start to 2021. The Blackpool office has sat there empty for nearly a year, but that’s what happens when you foolishly upgrade your space just before a global pandemic. I remain incredulous that clients stuck by Catapult and continued to use us, month in month out, even when many – in travel, hospitality and retail – were shut and had no income. I preached the gospel of positivity and people listened and, to my great reward, have come out of various lockdowns always ahead of the pack, actually doing well, not badly, and with growth, not decline. Several won awards, as we scripted their entries. That’s the power of PR, well-crafted words and of staying in touch with potential customers through powerful copywriting.

People may say this turn of events is all down to work ethic, to hardly having left my desk in 12 months, to working from 6am to 11pm some days and 6am to 8pm most days to make sure clients have the collateral they need (despite over-servicing many accounts greatly), to working every weekend without fail, to winning five more PR awards in 2020 and numerous runners-up certificates and to developing new initiatives and business channels, to stay ‘out there’.

For my part, I don’t really think so. Being the dreamer and creative that I am, I’d much rather put it down to Colleoni’s balls.

Photo of Colleoni’s balls by Jane Hunt, all rights reserved.