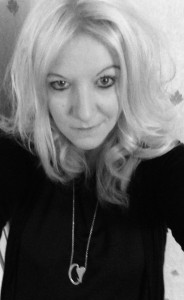 This has been an absolutely fantastic week for Catapult PR and my book, The Befana Drama – in fact you could say it’s a week in which everything has gone up!

One of the ‘going ups’ has been the client count, with the addition of the account of the extremely talented ‘People’s Soprano’, Rebecca Newman. That’s probably not the only new name on the list, with two more accounts to announce shortly. Hopefully, our long-awaited footy announcement will also soon be made!

Another thing on the rise has been happiness and enjoyment.  There have been some great things to enjoy about work this week.  I went on a UKTI training course on Tuesday and had a really good time, meeting new people and discussing their export projects.  I then attended a museums forum meeting yesterday and learned about all the really different and novel things happening in the museum world.

But the really big news of the week is that all expectations relating to ‘The Befana Drama’ have increased dramatically. We’ve taken the Befana Drama Giro-Rama from around 10 venues to 28 at present, plus a library visit, with new dates still being confirmed, but set to feature around four in Scotland and then slots all over the country and down as far as Kent.  All new dates will soon be added to the Befana Drama Giro-Rama tour list at www.thebefanadrama.com which is a site that’s grown this week too, with the addition of a new reviews area.

The consequence of this, with these dates in being in busy malls and retail outlets, is that sales projections have more than quadrupled.  Anticipated direct sales between now and Christmas are more than we could have dreamed of and they will, of course, be augmented by online sales.  We are also working on a reader offer in conjunction with a magazine, which will mean more direct sales and then, of course, dealing with enquiries from trade.

This is going to take some really careful stock management, but it’s already created more opportunities. Rather than dealing with pound coins and pennies, we have a new payment facility that’s just ideal for us and able to process card payments. We have new tour merchandise and giveaways on order and have new ideas of how to make the ‘stand’, ‘grotto’, ‘stall’ or wherever it is we find ourselves really zing.

I’ve got my little black book at to see who I can rope in to help me at venues around the country and am trying to remember how to do that ‘lone woman in hotel’ thing that I managed to do for over three months when living in hotels in London!

The e-book is now online at Kobo, Amazon and Lulu as of today and we have taken steps to get it into other e-book retail sites too.  Opportunities to sell the book are also on the up!

Editorial is appearing worldwide, the latest piece having been in ‘7 days in Dubai’ this week.  We are really getting great levels of interest from the USA, Canada & New Zealand in particular & are pushing out information to overseas book and children’s editors in English-speaking countries all the time.

More coverage has rolled in and we’ve a pretty chunky file already – and most of what we know about hasn’t yet appeared!

The really exciting thing about this, other than the income projections and sales potential, is that it’s led to a very big decision – the naming of the next book  … that is, Befana Drama 2.  The book will be called ‘Capriccia’s Conundrum’ and will again feature both Bef and the terribly shallow creature that is Capriccia Claus.  The best thing of all is that I’ve been sitting outside the railway station every night (trying not to notice that a building that could have been promoted so well is sitting in darkness with no sign of life) and tapping random plot notes on my ipad.  The title has given me a really cracking idea for the plot, so it should now be easy to get it planned out on paper and then start the writing.

Given the new sales projections, it’s absolutely inevitable that the sequel will now come out in April, in time for Easter.

Life’s been very funny this week.  Just when you thought it was going down one path, people’s actions sent it down another and turned all my thoughts on who to share the journey with on their head.  It’s also been full of yet more strange occurrences … which seem to have pushed The Befana Drama on from day one, making me convinced that it’s just meant to be.  At my museums meeting, I just happened to be sitting next to someone who suddenly declared she’d been a librarian.  Out-of-the-blue she started telling me that series were the way to go with children’s books.  At that moment, the giveaway that I’d been weighing up in my mind for weeks suddenly ceased to become a cost and instantly appeared in my head as an opportunity.  While I’m out sitting in red carpet areas, on a throne, in grottos, craft zones and bookshops, shivering, loving all children with a passion as if I’m Mother Earth and taking my credit card payments, I shall not just be selling my book and making a noise, as I had thought, but also raising awareness for and promoting the launch of The Befana Drama 2.  Two birds, one stone and a much, much nicer margin than selling online.  Think I’m turning into a retailer.  If I make enough friends, perhaps they’ll invite me back in April!