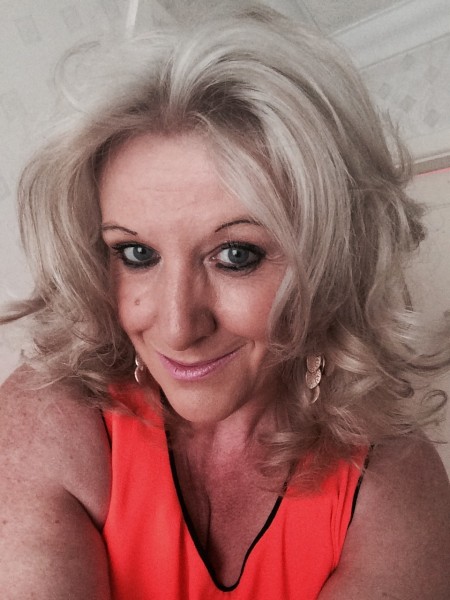 I well remember a meeting, back in around 2001, when a client absolutely stunned me, over lunch, with the question ‘Do you ever marry your clients?”

Luckily, after nearly choking on my water, I realised that we what he actually meant was ‘marry up’ clients and, I have to say, it’s been a bit of a week for that.

Having tried to forge a relationship between two clients who both supply ‘decorations’, and having already married up one of these clients with a project client (who they ironically knew anyway) as well as with a former client in Sunderland, I decided to do a bit more match-making. As a result, I have absolutely delighted one of our Italian clients, by arranging for him to head to Northumberland, in November, to take part in an exciting culinary and cultural exchange – not to mention cooking in a castle, which was one of his dreams. Despite the fact he’s currently on vacation in North America, having cooked at the Maine Lobster Festival, he emailed me a ‘yes’ in the space of about five minutes!

Both of our food PR parties are really excited by this and, despite having to do some chauffeuring from Manchester Airport (hopefully in the new Catmobile by then, if it arrives at the start of November and not the end), so am I.

Next week, one of my ‘decorations’ clients (with their other hat on) will be meeting another of my former clients on the sustainability side. I shall be heading to the latter’s new office, to catch up on how they’re getting on these days and hope yet another marriage will be formed.

Two other catering clients have forged a marriage of their own, which will see me launching their new joint facility in October. They’re calling theirs a marriage made in heaven – does such a thing exist?

But I have to say, the ultimate achievement for me last week, was writing a restaurant newsletter, in which I managed to include four clients – that’s some going and even I couldn’t quite believe it, as there were only three articles in it!

Whilst all this marrying up has been going on, Catapult has entered into two new marriages, with a potential third in the wings. We’ve won two new accounts in the last week – one in Blackpool and one in Manchester – and though both are very different, both do cover food and drink (as well as a few other exciting things).

So why do I say marriages? Well actually, after 17 years of running my own consultancy, it’s just dawned on me (duh!) that I am actually married to my clients, to all intents and purposes. This occurred to me when someone I know was going on about their client relationships and I actually realised that neither their profession, nor any other that I’ve been able to think of since, has anything like the amount of intensity that’s involved in an agency-client relationship in the PR sector.

The reason for this is, that if you’re working on a retainer for a PR client, you are literally there for that client, every single day, at any hour of the night or day, and often year in, year out. It isn’t a case of having a one-hour appointment and then not seeing them for another two or three weeks or months; I have contact with most clients at least once a day – often six or seven or more times a day. There’s no chance of time off, unless you’re stuck in A&E … and with allergies like mine, that does happen!

What that means, of course, is that you can’t paint on the one-hour or half-hour smile and then know you don’t have to do that again for a few weeks. You have to be sincerely committed and involved with your client, always motivated and attentive, conciliatory when necessary, sparky and full of ideas, inspirational and much more, nearly every single day. You have to be an advisor, sounding board, writer, editor, crisis solver, tension reliever, wit and overall consultant – even though some seem to forget that the latter is part of the role. You can’t even plan to be in touch only when you’re feeling in a good mood, as who knows when a media enquiry will come in and you need to speak to them? It really is just like marriage – and I’ve been married to some clients for over seven years! In fact, what gift should we be giving each other for our next anniversary?

I’ve actually staggered myself with this, not because I haven’t known that this is the way it is, but because I’ve racked and racked and racked my brains to think of any other profession like this. Even retained consultants in other professions don’t have almost daily or daily contact with their clients and certainly don’t have to manage the relationship in what is usually a pretty stressful situation – with a journalist demanding something in time for a deadline, or when you’re having to get results that you can’t guarantee getting, as you’re not paying for space.

I do think this has become second nature over the years, but can’t help remembering that throughout Catapult’s 17-year history, clients have uttered what’s becoming a common phrase: “You are so much more to me than just an agency”, so it must always have been pretty good.

It’s also been surprising to hear from someone from 12 years ago. Being told that my son will be successful, because he has a mother who’s a great example to follow, was an exceptionally lovely and unexpected thing to hear – much better than being told I haven’t changed in 12 years, judging from my blog pics … when I think I’ve changed a lot! With LinkedIn endorsements too (seems to be a going trend at present), what more can a girl ask?

It’s also been fabulous to be invited to re-forge a relationship with a great PR person and consummate professional that I worked with in late 2014/early 2015. To have them tell me how pleased they are with what I’ve done so far, this time round, really made me very motivated, particularly as this is big league stuff.

But back to marriages. This is going to be a full-on week for those. August has one more week in it and, although July and August seem to have been long, long months and I really daren’t add up how many hours a week have been worked during them, I’ve so many things I want to crack this week, ready for a massive push in the last quarter. I hope to tackle an over-arching agency plan that should probably take a week to put together in itself, but I think I’m allocating half a day to it – if you don’t try, you’ll never know! Midnight oil was supposed to be burned and there are also specialist cosmetics for the black bags under the eyes. I just need to buy them … after all, when you’re on a roll with your marriages, you might just as well marry – or marry up – a few more people!

As for the new bathroom, paving in the front garden and all the other stuff required, I will get around to ringing back plumbers, pavers, pointers and plasterers …when my many husbands and wives give me the odd five minutes. I may even get the dream number plate ordered …