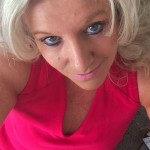 A wonderful thing happened today.  We won a brand new client, but even better than that was the fact that the client said I “wasn’t beige”.

That was like music to my ears.  It meant that the client recognised the value of great ideas and can differentiate between a PR agency – like the many out there – which is pro-active and creative, rather than reactive and dull.  It also made me smile.  Anyone who’s ever watched ‘Prime Suspect’ may remember the series shot in Manchester with the arch-villain ‘The Street’.  Poor old Helen Mirren, who also happens to be a ‘Jane’, appears on a TV broadcast appealing for evidence and ‘The Street’ rings her up and says: ‘Beige isn’t your colour, Jane’.

That sort of worked for me, because beige isn’t my colour, which is probably why I went to the meeting today in fuchsia pink.  That, and coral, orange and red ARE my colour, but maybe it goes deeper than what matches your skin tone and hair.  I think it’s an attitude and to hear someone else tell me they don’t want beige is one of the best starts I could wish for in a new PR relationship.

PR shouldn’t be about being beige and waiting to be spoon-fed.  It should be about pushing the limits, thinking outside the box and putting concepts out there.  You can always rein them in – you can’t rein them out.  Start from ‘GO’ with zero ideas in the bank and you won’t be getting far in the game.  Keep injecting your campaign with creativity and it not only makes it exciting for you as the PR consultant, but it gives the client a buzz and also gives media something different to look at from the usual fodder.  These days, creative PR has even more benefits – it fuels social media campaigns and can instantly set the consumer alight (or the B2B target using social media).  Why anyone would choose to be beige, or choose beige at a PR pitch, is beyond me.

Having said that, it probably isn’t.  Some people don’t grasp that the more you take a gamble, the more you stand to gain.  Some people are risk averse and let the best things that could happen to them slip through their fingers.  Ideas can equate to risk.  It’s far easier to just sign off a press release or two.  What those clients don’t realise is that if you opt for mediocrity, you tend to get mediocre results.  It’s all a case of what could have been and who wants to spend their life thinking that?

Several years ago, I put a dynamic PR campaign idea to a tourism destination and they didn’t pick Catapult.  About three years later, I saw the client at a trade show.  He said he’d always regretted not being brave enough to have gone with us.  He said he’d seen it as a risk.  He also said he’d ended up with very little in exchange.  ‘What could have beens’ unfortunately come home to bite you when it’s too late.  It often is too late in PR.  You often only get one chance to launch something, or seize an opportunity. If you go beige, you can seriously blow it.

Today’s new client says she can’t wait to work with the non-beige Jane.  I wouldn’t even mind ‘The Street’ ringing up and telling me that beige isn’t my colour.  I’d take it as a real compliment, just as I took it today.