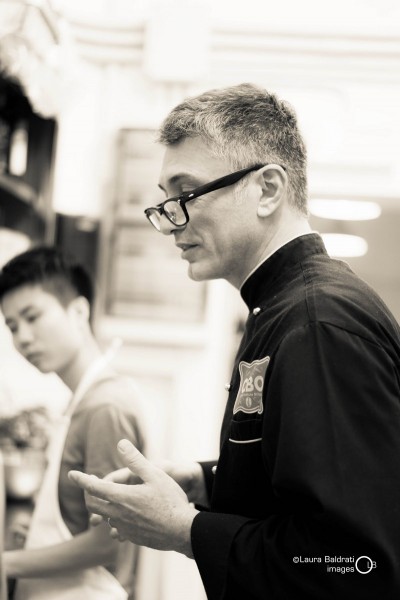 Catering students at Kendal College are to be treated to a masterclass in traditional Bolognese cookery on Monday November 16, when the inspiring Boho Chef, Stefano Corvucci, spends a morning with them during his first ever visit to the UK.

Stefano, head and founder of CIBO – the Culinary Institute of Bologna – is a firm upholder of traditional Bolognese cookery and tutors amateur and professional chefs at the city’s only purpose-built cookery school. Bologna is regarded as the home of the very best in Italian cuisine and gave the world tortelloni, ragu, tagliatelle, amongst other things.

During his visit to Kendal College, he will share the tips and techniques underpinning traditional Bolognese cookery and explain his approach to cooking. He will demonstrate the art of making authentic Bolognese sauce, tomato sauce and Bolognese sausage sauce, as well as focusing on pasta. He will also showcase his risotto techniques and explain how to make the perfect broths for meat, shellfish and fish risotto dishes.

The Kendal College students are likely to be treated to lively sessions, as Stefano, a trained lawyer by profession, gave up a career in law to follow his passion for food. He was inspired to cook as a child, when he would spend days in the kitchen with his father and listen to him recounting tales from Italy’s first ever cookery book after unification, written by 19th century foodie traveller, Pellegrino Artusi, who wove stories and amusing anecdotes in with his description of regional dishes.

Now, Stefano plays the role of raconteur whilst cooking. He has many tales to tell, cooking as he does with foodies from all over the world, and at events in the USA, as well as dealing with customers dining at his two restaurants in Bologna.

He vehemently upholds Bolognese culinary tradition and recently commented on Sainsbury’s use of coffee in a ragù recipe by stating: “I’m not saying it would be bad, I’m saying it will be totally useless.”

Stefano Corvucci says: “I am passionate about authentic Bolognese cooking, so to have the opportunity to tutor some of the UK’s top chefs of the future is fantastic. I am excited about my visit to the UK in general, but to be able to work with young people, who are as passionate about food as I am, is something very special. I am looking forward to visiting Cumbria for the first time.”

Speaking on behalf of Kendal College, Chef Lecturer Yannick Lequitte, said: “At Kendal College, we know how important it is to form strong links with people in the industry as education and industry need to go hand in hand. We work with lots of local businesses and producers who regularly come into the college to run demonstrations and speak to the students about their experiences but this will be the first time we’ve had a traditional Italian focused masterclass. We’re all very much looking forward to meeting and learning from Stefano and I’m sure he’ll enjoy his time in Cumbria at Kendal College.“

Anyone wishing to find out more about CIBO can visit www.cookingclassesinbologna.com whilst enquiries about Stefano’s availability for events, food festivals and competition judging should be directed to Jane Hunt on 01253 891114.  Discounts on cookery courses at CIBO can also be arranged by Jane.