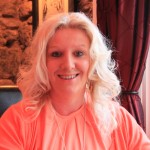 Lots of people have been asking me about my new book about my life in PR, which I had hoped to finish to coincide with Catapult’s 15th birthday, but I’m stuck in 2005 having just had my friend Nigel round up one of my staff to save me from the fate of having to collect an award on my own! I did laugh last night when writing about this episode.

I have a sneaking suspicion that the hapless Nigel, who seems to feature in every chapter post 2000, will become a national hero and that a cry will go up of ‘Be nicer to Nigel”. In fairness, though I’ve not had a missive from his barge for a while, he has saved me the indignity of having to attend events on my own a fair few times, got me back to my hotel safely and been a constant source of amusement.  I think I’ll get some ‘Be Nicer to Nigel” T-shirts made in his honour and sell them from my website.
Therein lies a tale, as when I’ve spent time getting myself up to 2012 and editing what I’ve written, making sure I don’t offend anyone unduly and creating a work that might just sell well and raise money for charity, I’m going to put it online on my own site, as well as at Amazon, Kobo, Lulu etc.

I’d also quite like to talk to the CIPR about selling it, given that I am their ‘Best Freelance PR Practitioner’ and that this was the catalyst for the book.

I’ve lots of merchandising ideas floating around my head, plus a sequel – God forbid – that will look at other aspects of the PR girl’s challenges!  However, my next book will be another children’s book, but not a detective one – far more Disney!

I’m probably going to build a website for my children’s book and maybe get a book trailer up on YouTube too.  I just need someone logical, rational, business-minded (but above all a good tactician) and far more level headed than little old creative me to take me on as a project and sort me out!  I’m sure I must know someone who could do this, rather than paying an unknown agent! I’m sure I could make it a load of fun.

So tonight, I need to round off 2005, which I almost managed close to midnight last night and then move into 2006 – not a fun year at all really and one that might form a chapter in which a lot of business advice comes out.  Might also need to bare my soul a bit. There are, however, some good bits involving the Milk Tray Man, chocolates, a wetsuit with a hole in it and Windermere in January! I’m so tough on people!

I’m hoping, that as I didn’t like much about the immediate years ahead – say 2006-9, I might rattle through those, hopefully not making the reader suicidal at the end of this passage of time.  2010 was much better and produced the eventual silver lining after a lot of horrible clouds and dealings with nasty people.

So who knows, we could reach the end of the book by the end of next week and then start all the proofing and revisions/additions – it’s so hard remembering things that have happened.

Launch photos are already in the bag (well I hope they are, as I haven’t seen the pics of me sitting on the floor, tripping over my maxi dress and lolling on the sofa yet!) My hairdresser said she’d never seen a bad pic taken by the photographer, but I did point out to her that there’s always a first time.  I seem to take much more interesting pics of myself!

Once the book is finished it will be all systems go with sales tactics, talks, launches etc, to try to make everyone in PR or contemplating a career in PR buy a copy!   Who knows, my life of after dinning speaking could be very close at hand, opening up whole new opportunities!