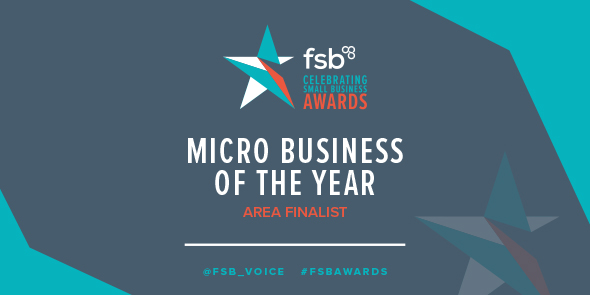 2018 was designated Catapult PR’s year of CPD last autumn, this decision being made when picking up two awards at the CIM Northern Awards, at the absolutely amazing ‘Monastery’ in Manchester. There, we shared a table with a CIM training company. Having already studied for a CIM Diploma in Tourism Marketing in 2010, adding another qualification to the mix seemed like a good idea. As it happens, we’ve had to delay that slightly, due to pressure of work and family reasons, but it should now be all-systems go.

In the meantime, we’ve continued to upgrade our Italian language skills. This is difficult to fit in at times, and with no exams these days (in fact, no college lessons available at all, such is the lack of investment in languages), it’s hard to stay motivated. However, there was a promise this week to try to arrange a few Ryanair or Easyjet weekend flights to Italian cities, to put it all into practice. Any Italy-buddies out there?

But the thing that’s really causing a huge buzz is being part of the second ‘cohort’ (yes, we are really called that), of the UCLAN Lancashire Forum Creative. This is a management leadership programme purely for creative businesses from across Lancashire, organised from UCLAN and staged in its Media Factory. We’ve now had two fantastic sessions – a Think Tank with Simon Iredale of Motionlab, and our ‘induction’ on to our six-month programme, which took place this week.

Now, having a load of creatives together in a room may sound like your worst nightmare, but it’s actually really invigorating, as everyone ‘gets’ each other. Some great friendships are already being forged and there’s a lot of laughter. There’s also a realisation that what we do here is slightly different from what some of our local peers are doing, which is interesting. Perhaps I’ve always been an ad-agency creative at heart, if never in practice. I was once told they sit in dark rooms eating cornflakes. I did, after all, have an interview with Saatchi & Saatchi. Pity I told them I didn’t like Blue Nun wine!

Anyway, these sessions are extremely motivating, but that motivation needs to turn into direct action. We’re really, really busy here, doing lots of exciting things, so finding time to get back and do all the things that have sprung to mind during a session, or which are scribbled doodles, or highlighted words on a page, is almost impossible. Maybe it’s a case of getting up even earlier!

But the CPD continues. Last week, there was a fabulous training course in Cumbria that upgraded knowledge on a very specific area of Facebook – and clients have been wowed with one of the gems that came out of that this week. Next up, after having a LEGO Play session with the Creative Forum, there is a course on shooting video in Manchester, that’s been a wanna-do for nearly a year now.

Underpinning this programme of CPD is something fundamental, which is the first chance in probably 20 years to get to know people within the Lancashire marketing scene. This began with a really fun meeting over coffee in January, which has actually resulted in some strange coincidences and photos landing in my inbox from yesteryear. That meeting prompted me to take up the option of joining Lancashare. Now, the Lancashire network is expanding. This is fun, because we’ve always been a major part of the Manchester and Cumbria PR scene, but never really Lancashire’s, as we’ve attracted clients from right across the country, on the basis of our expertise, rather than our geographical location and have never gained much appreciation locally. Maybe there just wasn’t’ a Lancashire PR ‘scene’ 20 years ago. In fact, there categorically wasn’t!

On March 21, there’s more networking to be done at the FSB Business Awards NW final, where we are nominated for Micro-Business of the Year. I have no idea who else is nominated, who we might meet, or what we may get out of it, but isn’t that half the fun? CPD has never been as intense here and networking locally never as fulfilling.

As we head towards our 20th anniversary, we’re showing our commitment to continuing to stay at the forefront of PR, marketing and content creation … and we’re still attracting clients from as far away as London and Harrogate!