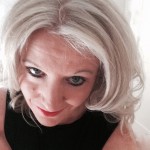 Changes to our web presence are afoot, though until we meet with our web designer this week, the nature of those isn’t yet decided.  Personally, I’d like to see a dedicated website for our food, drink and travel services, as there’s so much to say there.  I’d also like to see a similar site in Italy – and I’ve added to the bank of domain names that I own, just in case the very wise and cuddly Huxley agrees with me!  After all, he is office manager for a reason!

If I get my way – which I sometimes do – some of my lovely photography might be brought into play and I might be able to have a website devoid of any photos of me, which would be fabulous.  I have a bit of a plethora of choices when it comes to Italian translators now, so will have to see which can assist me quickly (and now I’ve used the word ‘plethora’, which always reminds me of ‘The Three Amigos’ & that El Guapo quote: “Well, you just told me that I had a plethora, and I would just like to know if you know what it means to have a plethora. I would not like to think that someone would tell someone else he has a plethora, and then find out that that person has no idea what it means to have a plethora”  Luckily, I think I do know what a plethora is … just about!

Web copy is written – just in case I get my way – and the decks have been cleared of client work, so that means perhaps finally finishing the first draft of the book started at Christmas.  Personal issues prevented a flying start, I have to say, but then I cracked on really well, following a blip in Bologna, which came after I met up with my very wise publishing friend, Abdul.  He offered some advice that saw me going back to the hotel and writing through half the night to make a major change to the copy I’d written. I’m really happy with the result, however … I just can’t help feeling I need to kidnap some 8-11 year old boys and spend a few hours listening to them, just to get the humour right.  What can you do when you and your friends’ boys have all flown the coop, leaving you footloose, fancy-free (in a manner) and devoid of ‘funny’ inspiration?

Anyway, after the Abdul injection, I had some extremely bright ideas for clients that have eaten up the time of late.  With that now all up and running, the final two chapters might just be finished, but then I’ve now only got about eight weeks to polish it up pre-deadline. One can but hope I manage it.  It does have a unique plot; it does have unique characters and it even has a sequel idea or two waiting in the wings.  If necessary, I do have the ideal illustrator lined up and I do have my boys in South Africa on stand-by for that. I just need to find time.

After that, there’ll be another dilemma.  I’ve a request from Italy for another spin-off book, then I personally want to change the existing spin-off book and added to all this is a brilliant idea I’ve had for a series of girls books for the UK/worldwide market.  Having met a really talented illustrator, I’ve two other ideas for books for much younger children and I can’t help thinking I abandoned the YA book that I started last year far too quickly.  It’s probably three-quarters written, so to not finish it doesn’t make sense.

What I need is time and someone to whom to delegate – not work, as such, but all the other rhubarb that eats up my time … bathroom overhaul being one, for a start.  I don’t even have that much time to devote to new car purchases, but then cars don’t really interest me much, even if I am considering a personalised number plate!  If someone bought me a boat and let me kick sand all day in a hippy dress and floppy hat, while writing in the sun, I’d be in heaven.  Bringing me a few drinks during the course of the day can’t be too much to ask, can it?

In the meantime, until I find a genie’s lamp to rub – which has made me laugh, as it’s made me remember how my dear friend in Bristol, The Maltese Falcon, once starred in an amateur production of Aladdin – I’m stuck with sorting it out.  Probably wouldn’t be the case if I’d stayed put in Bristol, but there you go … those were the days … heading off to a lovely pub in Combe Martin for languid lunches and lots of laughs.

I will have my day in the sun … I feel it in my bones.  However, I don’t predict that as coming on May 14!  To find out why, keep watching the blog.  The things I do for clients …