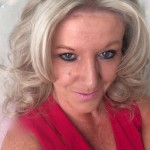 Around 12 years ago, I went on holiday to Lake Garda and returned, ashamed, because I couldn’t communicate with anyone; I couldn’t even say ‘please’ or ‘thank you’.  I was completely embarrassed.  As a result, one month later, I went to Blackpool and Fylde College and enrolled for a beginners’ Italian course.  My future teacher was enrolling on that day.  I went home thinking that she was the Nancy Dell’Olio of the Fylde Coast. She was, in future years, to become like a sister to me.

I struggled for those first few months, but I returned to Italy and found a Macedonian who couldn’t speak English … just Italian.  Over the next year, he became so proud that I tried to get to grips with Italian for him.  He paid a colleague to write to me in English; I tried to get ahead of the class and learn the past tense.  I still retain the mistakes that I made in those days. Once it enters the head in a certain way, it’s hard to get it out.

I spent the first two years of my Italian course studying for levels 1 & 2.  We were a massive class in year one – we even had to be split by start times.  My year one class was full of fun, due to the antics of one student in particular – something my teacher still remembers.  Year 2 was less fun and, in fact, totally dull.  We learned how to send parcels, ask for business meeting and request to be put through on the telephone.  My teacher also hated teaching it … and made no bones about it.

We got fresh blood in GCSE year, but my motivation waned when my man left Italy and went to Iraq – don’t ask.  I did my exams out of pride.  I got top marks.  It wasn’t’ a complete waste of time.

Maybe the next 3 years were.  They scrapped the A’Level course, so there was nowhere to go.  I, alone, enrolled for an advanced conversation class, in which everyone else had taken AS level. I felt alone, like a fish out of water, but then I met my friend Phil – Filippo.  How he ever became a linguist baffles me.  He’s an avid BFC fan, someone who left school at 16 with a baby on the way and someone who then went back to study and build his career.  I love him to death and we would sit there and do joint exercises and laugh so much.  Last November, I went to Ribby Hall to do a book signing.  Filippo turned up to buy a book for his grandchild.  That’s the sort of relationship we have.  Italian may have been hard and a drag, but the days I spent laughing with him continue to brighten my life.  We keep in touch; I arrange Italian nights out and we relive those days.  When he decided to leave the conversation class, one year later, I felt desolate.

In the end, during that 3-year period, there was myself, my friend Maria (Mary) and Mick.  Both were retired, with lots of time on their hands, unlike myself.  Despite my floundering, at times, I loved them both so much.  Mick suffered a loss around this time last year; I’ve since joined Maria at classes in Horwich.  The bonds we forged will stay with us forever.

Then, out of the blue, they brought back an A Level course and I ended up in a class with a whole bunch of other people, including my friends Pietro, Vittoria, Andrea, Mariana, Nada and Paolo – though we don’t talk about the latter!  Nada is now my new Italian teacher; Pietro emailed me last week to find out if there is now any Italian tuition on the Fylde Coast; Vittoria tried to help me with a client campaign.  Italian classes forge bonds.

I somehow managed to get a great grade in both AS and A’Level exams, though the latter was probably due to being in love with the film, ‘Life is Beautiful’ and being able to do an oral exam based on the Pakistani cheating scandal in cricket.  I also went to a conversation class and met my lovely friend Riccardo.  He was so good to me he even let me go his flat to practise my oral on him, though he knew nothing about cricket.  He made me laugh every week too.  He will also be a friend for life.  He even makes an attempt at cupcakes!

After that, it was difficult. There was no class at my level on the Fylde, so I drove 40 mins to Horwich every Friday … until pressure of work made that impossible.  It was hard.  The whole class, bar me, were retired.  The teacher didn’t understand the pressures of running a business, being in the education sector.  I managed it for 2 years, then couldn’t fit it in.

It wasn’t great that this coincided with needing Italian translations for one of my books’ websites, but I re-approached my original teacher and found that she could see me, but had cancer.  In a way, that was a precious time.  I went to her house and laughed with her and hopefully supported her a little through dark times.  She loved doing my translation work and threw herself into it.  I dedicated my second book to her and she was thrilled.  Six months later, she got the all-clear and I planned her leaving do, bringing back lovely people from across the years like Filippo, Riccardo, Davide and Marianna and Maria.  She loved it.

I promised Gemma that I would continue with my Italian and I certainly tested it out on taxi drivers both last year and this year, when I went to Bologna.  This year, I hadn’t done a bit of Italian for nine months, but I suddenly became brilliant, proving to me that it’s lodged in the mind – how my Macedonian would be proud of me now!  He told the whole village back then; if he ever turns up now, he’ll be devastated!

Thanks to my success in Bologna this year – when I even interviewed artisan food makers, had a full meeting in Italian at the Book Fair and wowed people in the hotel – I decided I had to keep my promise to Gemma and have gone back to lessons, this time with Nada.  I meet her family, get to make friends with her dog and somehow impress her with my reading – goodness knows how.  I can’t help feeling that my Italian has been boosted by my general confidence with everything else in my life, but also by my UKTI Passport2Export training.  Suddenly, after years of having ‘no reason’, I had good reason, once again.

Had I not enrolled for Italian, I would never have had the amazing conversations I’ve had with Italian cabbies.  I wouldn’t now have a new best friend at my favourite bar in Bologna.  I wouldn’t have been able to walk the streets of Bologna with not a care in the world, knowing that if I got lost, or into trouble, I could get myself out of it, by virtue of talking the lingo.  I have great friends among the staff at the hotel I love – because of it’s way of treating female, solo travellers –purely because I can chat to them between courses.  I love the mini-bus drivers, because I’ve discovered past lives as creatives in the theatre and other fabulous activities.

But to cap it all, I now have PR clients in Italy and the chance to make one of these PR clients a star of culinary TV.  He’s amazing, but had I not been able to pitch to him in Italian – or had the confidence to do so – where would I have been?  I now have 5 clients with Italian connections and more in the pipeline.  I’ve hardly scratched the surface.  A new Italian food and drink (and maybe travel) website is in the offing.  I have the Italian URLs to make it happen  I have my eye on dream clients.  I could even move to Italy, if I needed to, since other life changes happened.  It’s just the start.

Never underestimate the sexiness and power of being able to talk to someone  in their own language.  I learned the hard way … taking a dictionary (and a tiny one, at that, back in those days) out to dinner on dates.  At least I learned … the rest is history.