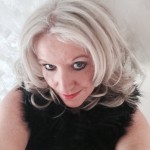 It’s hard to believe it’s a week since I was hobbling home after a horrific journey back from Bologna, which started with a passenger getting on board the plane and then deciding they were unfit to fly led to over an hour’s delay sitting on the tarmac, then a literal sprint across vast Munich airport with bags and three big bags of Duty Free, with a salami, a wedge of Parmesan cheese and two massive grinders (pink rock salt and mixed peppers) poking through the bottom of the Duty Free bag (as I predicted in the shop) and only prevented from dropping through the bottom because, in a most opportune fashion, I had stuck a Fizbag in my handbag and my coat in my Fizbag (purely as a weight reducing ploy to duck under the 22kg allowance (an impossible allocation  when you’re visiting the Book Fair and books are heavy tomes that don’t conform to the concept of travelling light.  At least my bag of Aperol was in tact –  losing that would have been a pain too hard to hear.

Worse was to come on the journey of misadventure when the pilot announced that he felt it better for him to keep us waiting there for another 30-40 minutes, as there were actually no baggage handlers working at Munich Airport and not a single bag was on board the plane at that juncture (even though other passengers had already been sitting there for 20-30 mins after boarding, waiting for the ill-fated flight from Bologna to touch down.

I had to say that I found the pilot had quite a dry sense of humour for a German.  He came back on the tannoy about forty minutes later, to inform us that he was sorry that he really had no good news for us today. The OK news was that some bod had managed to bring the bags.  The bad news was that the little truck used to push us off had broken down with a flat battery and they were having to get another sent out of the airport.  So somebody forgot to put the charger on … typical!

His next message was to report that we’d finally reached a point where we were flying over Frankfurt.  Unfortunately (and again, he was most apologetic), the head wind was so strong that we still had 90 minutes to fly before we could hope to see Manchester, where it was cold and wet and not the 23-24 degrees enjoyed in Bologna!

So, just as well Easter came along and the delicious Italian chocolate mini eggs could be devoured.  At least I could recharge in preparation for this week, which has seen plans being put in place for three launches next week.  The first should be the launch of a financial services proposition – though that is in the hands of compliance, so may not happen.  The second is the launch of two new Tale Trails in Northumbria – a county I absolutely love, but then I like getting up at five in the morning, walking to a deserted beach and taking photos of the sun rising over the water (see the image on my Facebook page).  That must be the only place on earth at which my son has got up at such a rude hour, just to join me on the second time I undertook this photography mission. Not that we’re competitive at all, or each want to get better shots than the other!

The Tale Trails are all about the Celts, Romans and Saxons, so all great stuff and packed full of fun, skirmishes and naughty tricks.  Fifty children will be treated to a story walk next Friday, so it would be great to get TV along to film our client leading the walk, with costumed Romans in tow!

The third launch is that of a new champagne and gin bar, terrace and tapas menu at England and Wales’ Best Bistro.  However, I’ve thrown another idea into the mix there – a brand new award for restaurateurs – both only if they live in the right places!  For more on that, you will need to watch this space, but I was delighted to find the perfect trophy for this, which I want to wheel out next Friday, if I can. I love the whole concept of what I’ve come up with and think it will be different, quirky and, in some ways, groundbreaking, in terms of positioning some of Britain’s chefs.   The event should be a great ‘do’ anyway, with new tapas treats to enjoy and champagne and gin cocktails to sip as the sun goes down over the sea – might even get a party frock out to celebrate living la vida loca!

This new award isn’t the only one I’m launching this month – and, when I think about it, we may well have a fourth launch next week, but that’s all dependent on a client’s progress on the guinea pigs and rabbit front.  They’ve been in Devon today, with a list we provided a mile long, of what we need to really make the campaign swing, so we shall see if we can launch that too, to both consumers and vets.

The other creative thing that’s going on is a brand new date for the culinary diary, which I’ve devised for our existing Italian client and English business partner.  Bring on July!

Monday’s going to throw up a really interesting meeting – a result of my visit to Northern Restaurant and Bar and a possible bit of leverage for something else to fall into place.  I’ve been itching to have this meeting for about 3 weeks, so can’t wait now.

Add to that the need to launch/announce a client’s new brand, not to mention new offices and it could be truly exciting.  On that note, the funniest part of today was thinking about the prospect of Paul Personal!  Never seen a man’s so very sun-tanned face turn so white!

Having had a taste of what life could be like working for Italian clients, that’s a top priority now and I’m delighted to hear that my language skills haven’t waned in the years in which I’ve done very little (virtually nil!).  My new teacher says that’s because I’ve got a good brain!  I think it’s spending far too long in Bologna taxis, chatting to the drivers, at length!

So it might be a recharge is needed this weekend – and the new book is just the thing to do that.  Seven chapters in, I’m really loving it far too much, but that’s because I know how much some of the boys I’ve worked with on creative writing courses have helped fuel some of the elements of this very boyish book.  I know there’s one in Atherton, who was an absolute sweetheart and helped me to pack away my big Befana prop bag, who would love all the dialogue, larger-than-life characters and action.  I got to work with him one-to-one late on in the afternoon session and he kept asking me to make him laugh by being one of the characters in Befana Drama 2!  I obliged!   This new book is a funny book, for those boys who loved having fun with their writing on those lovely days that I had in their classrooms and who didn’t want me to leave at the end of the day or week.

However, cracking on with it is also a necessity.  I’ve another 2 completely different books to get written asap, one to maybe revise and another to be tactical with.  At some point, I may just get to finish the YA book I started a year ago … one can dream.

Add to these missions the fact I’ve to write up 2-3 travel features using all the notes and interviews I had in Bologna and it’s a teeny bit manic, though Bologna put so much life into me, I’m just sort of floating through it all with ease. That will soon wear off after a second weekend in PLF!

I’m disappointed not to have heard from some people I’ve spent a lot of time on this year and not to be the face of a brand that I thought I could lend a lot of experience to!  Nothing as queer as folk, but there are other pebbles on the beach and some strange items en route in the post that should help make a great impact.

It’s been a fun day today – great buffet too – and it’s been rounded off with 90 minutes with an old friend who has relit my Italian fire in a big way – Guerra Edizioni has been the beneficiary of that tonight, but Gianna and her biblioteca are legendary in Italian classes from 2004-11, so I’ve a rep to keep up!

On that note, I shall head off to bed and start to scribble furiously.  What is life without great ideas, creativity and quirkiness.  As Beppe, the lovely hotel minibus driver said to me last week, he loves creative people and creativity – apparently in his veins as a former stage hand in a theatre (which is a little odd, as that’s precisely what my Italian pen friend did when I first met him, before his mother made him use his extensive qualifications and become a teacher!)  It seems to me that a passion for creativity is just an integral part of an Italian’s make up, as a taxi driver also said to be, that he truly loves it when the Book Fair is in Bologna, because he transports people with vivacity and verve (but then it’s a good 15 mins drive from the centre to my hotel and I had been regaling him with some tale or other and making him laugh a lot!)  I have to say though, they’ve got good taste in Italy.

My motto is, that if you can’t beat the creative, you might as well join them.  Maybe that’s a new twist on … ‘when in Bologna, do as the Bolognesi do!’  Isn’t that the expression?