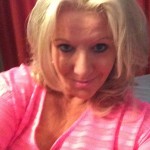 I think it’s fair to say that I’ve had a brilliant time in Bologna again this year, with the trip actually surpassing last year’s, because of the way I played it, even though the stay was shorter.

I decided to dip in and out of the Bologna Children’s Book Fair, seeking out those I needed to see, rather than exhibiting.  I’m really pleased I did that, as the Fair was very quiet this year, having been moved back a couple of weeks to accommodate London Book Fair after Easter and only closing on Maundy Thursday.  Others told me that the Eurozone is just not buying right now – another reason for the lack of numbers.

The same tales of woe of stolen items occurred, with a TV going missing overnight, in halls only accessible by security and workmen.  Strange indeed!

My second mission was to research (on foot) as much as possible about Bologna, to form the basis of a series of travel PR articles to sell on.  I certainly put as much physical effort into that as humanly possible, trekking around Bologna with camera and iphone in hand for, what I reckon must have added up to a good 15 hours , to capture the essence of the amazing city, while also collating facts and figures and snippets from all over the place, to enrich the articles.

Add to that a whole day spent at Ferrari, Maranello and a museum in Modena, plus other bits and pieces, there are a lot of notes to sift through, including interviews with some of the owners of some ‘star’ venues, whether that’s where you really get the vibe of Bologna, eat award-winning ice cream, indulge in luxury chocolates, or buy fabulous coffee.

Goodness knows how many hundred photos I took, but I feel several Photobox albums coming on.  Given that last year’s took about four days to create and cost about £50 to produce, I think I’ll be leaving that mission for a while … there’s a new bathroom and car to sort out, not to mention worries over my son’s health and a specialist’s verdict next week.

My wandering lonely away from ‘The Cloud’ tack (and it’s so invigorating to have no wifi connection!) ‘s also part of a longer term strategy that I may put into action at some point, but which would probably require another website and, to be honest, I now own so many URLs that I’m losing track! On that note, I may need to buy some today!

Mission three was really a UKTI-focused thing – recruiting clients in Italy.  This was very last-minute, because of the pressure of work before departure, but you only need to have one business meeting to make it worthwhile and I did!  I now have to prep a proposal for a food hero, who is a bit of a maverick, by his own admission, and a cross between Jose Mourinho and Gino D’Acampo.  This may lead to me donning a cooking apron, in a week or two, and experiencing what he can offer.

However, back to the books.  One has been in absolute torment as to where to place the attention, having met to discuss different books with different people and now having so many avenues to explore that it’s actually very frustrating.  This is no longer a one-woman operation – other than the writing, which has to be me – somehow, some way, somewhere, I need to find an ally who can help drive things and keep it all moving, as at the moment it has to be an either/or, all of the time.

Luckily, the indecision over which title to work on/carry on working on, has been made for me this morning. Having started a boy-focused, comical book, in the hope that a prize may be on offer again this year, it transpires that it is!  Entry has just opened, so I need to get my act together, scour my ipad for the notes I made on the plane for the plot of the next four chapters and get on with it … after I’ve written my new biz proposal and a load of other stuff.  As I said, it’s always either/or and that’s what’s so frustrating.  And as they say in Italy, ‘ho un sacco da fare’.