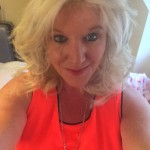 All weeks seem momentous ones at the moment, but I suppose that’s how it is when you’ve started to bring in changes to your life and work. Who knows what may develop this week, after talks in Manchester last week and who knows where geographically we may end up either. Once you’re set loose, this is how it is. Pity the RNLI dream didn’t come off, but it taught me a lesson – how far I’d go, in fact.

One thing’s for sure, there’s a trip to Frankfurt on the cards, with a flight on October 7 with my name on it. My friends from the Bologna book fair have already been in touch, so it’s going to be great to catch up with them again. However, I’m determined to have someone sharing the goals with me by then, so book two extra places in those restaurants and bars! This development could possibly happen this week too … it’s certainly been on the cards for a few weeks with their interest in what I do these days, their concern etc – perfect management material.

But then there are the Italian developments, so maybe still more places are required at those tables, as I have a feeling things will be very different once August ends. And now I’ve tried to bring in an artist to join in on the exciting stuff, so the sharing continues.

I have no idea whether my community hero will get their strategy together and change the current course of what change will look like. It’s been 2 months now, so who knows if they can step in at the 11th hour. Even if they don’t, they’ve inspired a beautiful new book that I’ve nearly completed now. In the meantime, my Leeds client is generating a lot of coverage, the stone skimming generated more entries than ever and I have had interview requests for a leading comedian. I’ve managed to get a horrendous administrative task sorted out – though I hope to have made the great escape before having to sit down for the post-mortem on this. How I’d like to say ‘thanks, but I’m off now. Always said, ‘when I’m gone, I’m gone.’

This week, when I’ve considered why I’m driving change so fast, the words of my character, the Befana, in an early chapter of Befana Drama 1, have come into my head. It’s how she describes the candy balls that have created a racket in the street, when talking to the Internet wizard. Funnily enough, that’s exactly how I felt sitting in Myerscough car park, at the start of June, a week before I met my community hero (I know that, as I was so distressed after particularly bad treatment there  that I drove to Leeds a week early, by mistake and sat in a hotel for half an hour until I realised that!).

What else?  Learning German, have masses to do & ready to accept all offers now. Change is good.