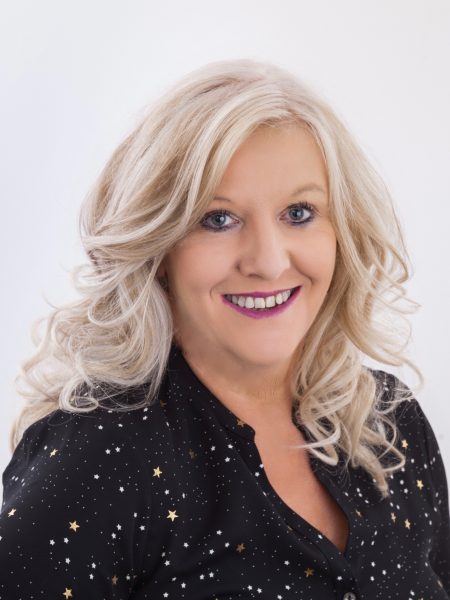 It’s maybe a little premature to be writing a review of the month when it’s only March 29, but given that there’s a whole load of de-cluttering to be done and it’s Easter, I think one is permitted to do so!

February was a nightmare here, perhaps because I was still recovering from having been stalked after a hospital visit, or because hospital visits eat up a lot of time, or because various other things blew in. March was, therefore, much anticipated, albeit with a fair degree of dread, because we knew there were many miles to cover and a lot of passion to impart. Little did we know it would snow!

So, where to begin? Perhaps with a very sunny happening – the arrival of the exquisite Alice X Global espadrilles in our client portfolio. These are absolutely gorgeous five-colour-panel leather espadrilles with a raised wedge heel and are already much-adored in the wardrobe. Last month, whilst having to do a bit of an intro to who we are and what we do at the launch of the second ‘cohort’ of the Lancashire Forum Creative at UCLAN, I was seen to whip off my shoes, just to prove they were Cocorose London foldable ballerinas – demonstrating passion for clients and former clients’ products. I would have loved to do the same with my Alice X Global espadrilles but having plodded through the snow from the Victoria Street car park to the UCLAN Media Factory, moon boots were more the order of the day (which is why the Cocorose London ballerinas were in the bag!)

Other flats were needed for a hectic period involving two North Tourism Fairs in the course of three days. The first involved a departure at 5.30am for a drive to Alnwick, where we took Northumberland Day – and a bit of Catapult PR – mainly to enlist fellow exhibitors in Northumberland Day activities. A pre-packed bacon sarnie was bundled into the car and enjoyed on arrival and just as well, as there was little chance to do anything other than engage and circulate.

It was great to be sandwiched (literally) next to Shepherd’s Walks, one of our 2017 Northumberland Day event organisers, and just along the very long and squeezed-in table from our clients at Wild Dog Outdoors. It was certainly a case of love thy neighbour as we all shimmied along the row whenever needing to get out and head for coffee or chit-chat. However, it was a great opportunity to meet some really wonderful people and get them involved in NDay 2018.

After a day back at base, it was off for a second helping of this in Hexham, in what was a rather colder marquee, but at least the gods looked down on us and put us next to the Ringtons coffee stand. I could tell, by that unmistakeable look of someone who’s impressed by your knowledge of absolutely useless facts, that my regaling them with my love of blend 21 – the one served at Langley Castle – was a winning move. They plied me with coffee all day, as I brought other people into the Northumberland Day family.

I do love being in the North East and seeing some of my favourite people – Lauren from Hexham Racecourse, Katie from Beadnell Village, Wild Dog Outdoors and Judy from the Northumberland County Show, probably gave me withdrawal symptoms. Luckily, after my Hexham exploits, I was treated to a meal at the Hungry Horse, Thornton – a regular haunt – and didn’t have to cook. Speaking to people can be very draining!

But that’s what we’ve also done whilst pitching for new business, being out on training courses and cohorting in Preston. That was particularly the case on our Lego Serious Play afternoon at UCLAN, where I actually ended up on a table with people I hadn’t yet met, but with whom I had a great few hours conveying all of life’s frustrations through LEGO, whilst hiding my annoyance at not being able to construct a decent looking duck, or being able to find the bendy, whirly connectors that others could. I must say, at this point, that being starved of Indian and Thai food these days, I do appreciate the UCLAN pre-session buffets. The ethnic platters are so much nicer than the sandwiches, but do leave one yearning for a night out with a red thai or chicken tikka.

UCLAN wasn’t the only educational establishment visited this month. We also attended the project presentation given by the group of Chinese students at Lancaster University who have been looking at how a client should market itself to the Chinese market. We suggested this project to our client and the students – Curtis and team – have certainly done a thorough and inspiring job. It must have been a good presentation, because a 30-minute circling of the campus whilst trying to park, culminating in interrogating a poor pedestrian and asking if one could follow him back to his car, hadn’t exactly created the right pre-presentation mood! He was very sweet though and gave me a free pass.

Potentially the biggest thrill of the month was the Shooting Video on the I-Phone course – a CIPR NW CPD-points earner. In the big plan in the sky, we wanted to celebrate our 20th anniversary by pushing content down different channels. All the client work meant, however, that our official 20th anniversary came and went, but as I said to the I-Phone tutor, a 21st is just as good as a 20th, and the plan is to start doing something now that will run into our 21st year (unless someone buys us first, of course!). More of my masterplan to come.

Now my very realistic son did utter the words: “You can’t even use your phone; you’ll be useless at this,” but I managed to avoid that becoming a truism for the whole of the morning session, only succumbing to the inevitabilities when there was a sudden speeding up and cramming in of editing techniques from 2pm onwards! However, I now have all the kit, all the ideas buzzing around the head and, above all, all the notes! I’ve even managed to make some decent videos on the course and, with a fair wind and a calm mind, I should be able to do something not too shabby.

Content continues to be a big word here. We’ve now finally started working with a Harrogate-based digital agency that we meet with every month at a client meeting in Leeds and are working on web content for a new Fintech company, which is very exciting.

Awards have also been an underlying theme. Our entry on behalf of a client has seen it shortlisted in the Insurance Times Claims Excellence Awards, whilst our own entry for the FSB Small Business Awards took us to the finals, to lose out to a Global Air Training business for the Micro-Business Award. However, an afternoon spent with Lancashare founder, Lisa Edge, was fun and useful and the tomato soup was really nice! I think they call that a Pollyanna moment!

But the big news on the awards front is today’s shortlisting for a NATIONAL CIPR Excellence Award for the Travel, Leisure or Tourism Campaign of the Year. Now, given that we’re up against Virgin, Easyjet, the National Trust and huge London agencies, I somehow suspect we won’t be scooping the top prize, given our miniscule budget, which is what happened when we were shortlisted in this same category in 2007 and lost out to an agency who’d sent a man to about 60 countries to see how blue the sky was in each. I do, however, hope the panel interview at the CIPR at 11.30am sharp on Monday April 23 is less traumatic than my 2012 experience, when I literally couldn’t get there thanks to a man who’d strapped explosives to himself and taken to the roof of a building in Tottenham Court Road, throwing computers down on passers-by (read my book, Rogue Elephants, for the full drama). How I then won that year is still totally beyond me five, oh no sorry six, years later!!! I just can’t do the maths!

We’re still in the running for 3 PRMoment.com awards, with the fate on these to be decided in April, but I can’t for the life of me remember which categories we are in and have spent at least a month thinking we were only up for two, which was the case last year! I can’t even remember whether they’re at the Hilton or the Principal. As the latter was the scene for 2 triumphs in November and the Hilton only one, I hope it’s The Principal. I like the dramatic sculpture in reception actually and have spent far too much time trying to get served in the bar in Deansgate.

Results have continued to roll in, other exciting projects are underway and we today secured Newcastle International Airport as a Northumbie sponsor for Northumberland Day. Could do with spending time with someone in the world of education, to pull an education pack together, but shall battle on.

So what next? Well, we boldly went back to a client today and may start work for them again, hopefully on a paid basis! Above all, following February’s jolt, I’m ensuring I do everything to appreciate every moment with people. Life’s too short and unpredictable to leave things unsaid or to not do what your heart tells you to do. Maybe realising that is why cascades of lovely comments keep descending on me wherever I go these days.

And the ‘wouldn’t it be nice’ for April thing? Red thai curry, time to do the Italian homework, time to cry buckets by watching Life Is Beautiful again, a chance to finally experience La Locanda in Gisburn and having something to look forward to for a weekend somewhere sunny. Oh well, one can dream and, actually, the passport’s somewhere in Wales! At least I’ll get a night in the Premier Inn in Watford!