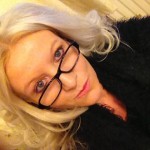 It never seemed that important to me at the time: in fact, I would have said there was little emotional attachment at all, but when I look back at my Fleetwood experience, for all its ups and downs and negative times, I realise that it has had a far greater impact on me than I’ve dared to admit.

Fleetwood Grammar School wasn’t my first choice of secondary education, but my only choice.  I knew no other pupils there when I started, as I went to Claremont Junior School in Blackpool – a school I have always felt an attachment to, to the extent that I sponsored an educational programme that taught children about safety and returned there a few years ago to present the books.

Fleetwood Grammar, however, never seemed to generate the same emotions – until very recently, when I realised that what that school did was turn out girls with a true independence of spirit and with an ambition to succeed; self sufficiency and a good grounding in principles and ethics.

When I look back at my teachers, I am saddened by the fact that our deputy head was murdered on a Caribbean beach a few years ago and annoyed by the fact that I allowed my English teacher to influence me so negatively that I chose to do my degree in history rather than English.  I do realise, however, the debt of gratitude that I owe to a teacher named Mrs Tortoiseshell, who taught me that being different and quirky can get you a long way in life.  She was the most unusual teacher I had ever met at the time, being a former actress and sporting a massive afro.  Maybe I connected with her because my great grandmother was also an actress, plying her trade on the London stage.

My regret about all this is that I can’t do anything to support the school that gave me so much through Catapult’s CSR programme, because the school no longer exists.  What was once a building with leaking roofs, which meant that buckets had to come out every time it rained, and  one that had the good ship Bonaventure sailing regally on its school crest, has been replaced by houses. All that remains of what was once the school are the Broadway buildings where I spent my second year and encountered Mrs Tortoiseshell.

I would have loved to have found a way to support the current generation of pupils and give something back to an establishment that made me one of the very few Oxbridge pupils from this area, but alas, there is nothing I can do, other than thank all those teachers who put their heart and soul into making it one of the best schools in Lancashire.