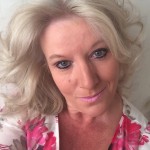 The biggest communities in which young people now reside are online communities.

I read this quote today and realised how true it is and what a danger that is to our traditional values within traditional communities.  A few months ago, I was appalled to hear a girl in her 20s say she’d never been in a library and didn’t know how to use one.  Local shops are no longer a place where people meet, churches are half empty and millions of kids are sitting in their bedrooms on their mobiles, rather than playing sport.

But I think this is duping people in the world of community into thinking they must just use social media to bring people together and ignore traditional forms of communication and, in particular, the local newspaper.  And yet, I sat on a train last week, opposite a woman who was probably only in her early seventies, who was moaning that all seats were reserved because youngsters, unlike her, go online.  There’s no way she would ever read a tweet or a Facebook post – like millions of others.  A relative of mine in his 60s has no idea how to turn a computer on!  Even the language of social media is duping someone.  Interaction is now a click of a button or a quick comment – it isn’t the interaction that sees them leaving their house, meeting other people, keeping fit, or doing something to help others.  It’s all very self-centric, even when ‘interacting’.

So in the rush to go digital, many organisations are alienating parts of their community and failing to communicate with them at all.  In fact, those organising community initiatives are often pushing information about community interaction initiatives to those who will never interact in a million years, because they’re too glued to their computer and their phone.  They don’t even know how to use a library.

I can’t help feeling that many organisations have gone too far down the digital route and, in many ways, being ageist – ignoring people of more mature years and believing all the hype about social media.  Don’t get me wrong, it is valuable, but it’s also very fleeting.  Its ephemera and there’s now so much of it, that where do we look?  Who’s got time to use every single channel, or even sit on one channel all day long to see tweets coming in?  Last week, a really active user of Facebook organised an opening party for her new shop and was mortified to find that hardly anyone turned up, because she’d invited them via the Facebook invitation tool.   Many many people told her they’d had no idea about the event, as they never use that tool.  A traditional invitation would no doubt have brought more people in.  She said it had been a hard learning exercise.  She won’t be using social media alone again, but she can’t now have a second shop opening!

So I think it’s time that many organisations took a look at the traditional forms of communicating again.  Without a doubt, I get more feedback from people when I’ve been in the local paper than when I tweet and it comes from all directions – women who work in the Post Office, neighbours, casual acquaintances and people I didn’t think  I knew!

Think carefully what you are trying to communicate, who you are trying to reach and whether they are going to respond to one channel alone.  We’re happy to run digital only campaigns, but only if that’s best for your product or brand.  If you want a community of people sitting in their bedrooms on their phone, use social media alone.  If you want to build a really strong, vibrant community in which all play a part, think again.  You may find nobody turning up to your events.