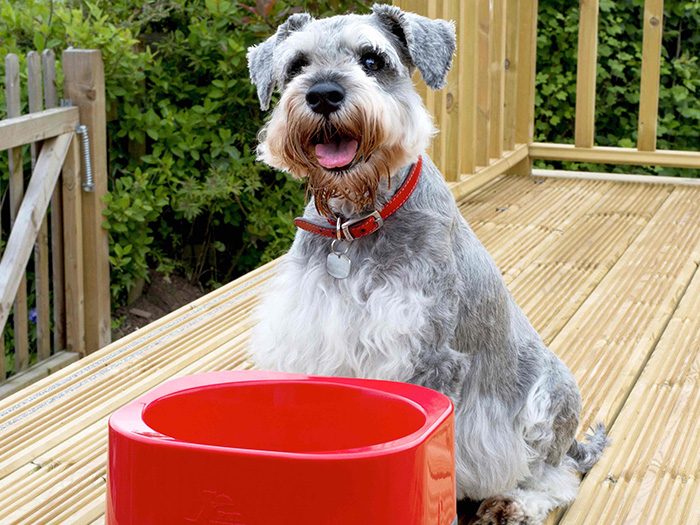 When Catapult PR was asked to launch new dog bowl – PetWeighter™ – it quickly lapped up this pet PR opportunity.

PetWeighter™ is a bowl with a base that’s fillable with sand, water or a mixture of both, and devised to prevent a dog from moving its receptacle around the floor whilst eating and drinking. As a start-up, the budget wasn’t huge, so Catapult opted for ways to make materials stand out.

The first thing that attracted us was the backstory, as the bowl was inspired by a need to give Charlie the Schnauzer enough water to drink, to help his diabetes. On that basis, we requested a ‘cute’ image to use in the PR, rather than just a product cut-out, and gave Charlie the title of ‘product developer’.

Next, to capture media attention, we calculated how many miles we believe UK dog bowls are ‘travelling’ during the course of a year. We multiplied the average distance a bowl moves during a feed, by the number of daily feeds, times the number of days in a year. This was then multiplied by the number of dogs in the UK dog population. When tallied up, the distance travelled was a whopping total of 2.5 million miles a year!

Using this attention-grabbing figure, and the eye-catching photo of Charlie, we approached media and started conversations about PetWeighter™. Using dog training terminology, we told the world that this was a bowl that had learned the command ‘stay’.

Having got the ball rolling, we then created a series of stories, which linked the PetWeighter™ to:

We also devised releases for the hospitality sector, explaining how pubs, restaurants and hotels could make the dining experience of their doggy customers a lot better. Building on this, we hooked up with 14th century castle hotel and dog-friendly accommodation, Langley Castle, and created an appealing photo of one of its guests – Daisy the Whippet – with the bowl, using this to talk about how dog-friendliness had ‘gone up a tier’.

As we approached November, we revisited Charlie’s story and asked dog owners to ‘Think’ H₂Ovember’ and provide enough water for their pooch. Then, when a pink bowl became available, we suggested that dogs could be ‘tickled pink’ by it.

It all added up to lots of national, regional and pet sector exposure. For the full case study, including details of the results, please get in touch on 01253 891114 or email jane@catapultpr.co.uk 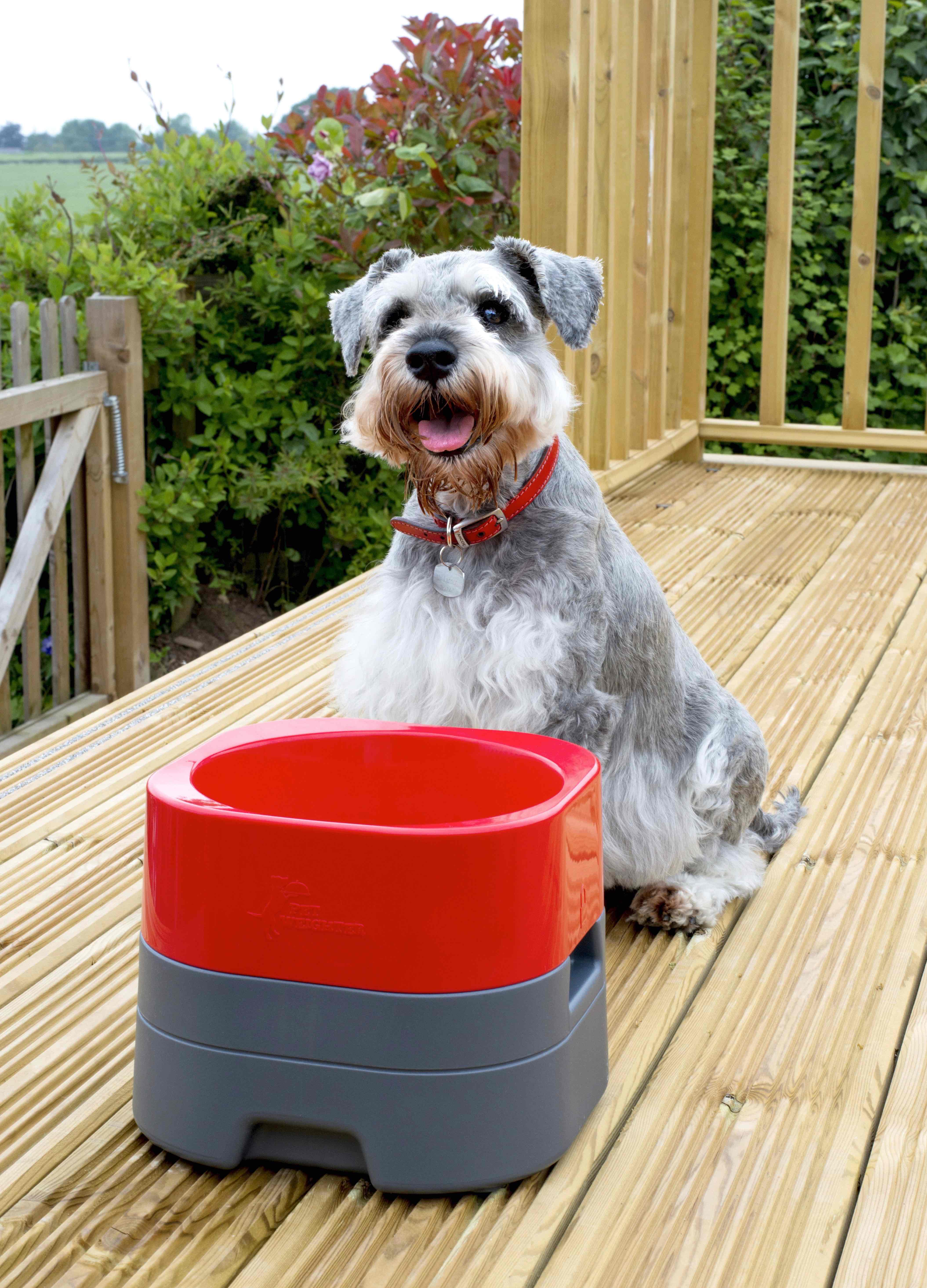