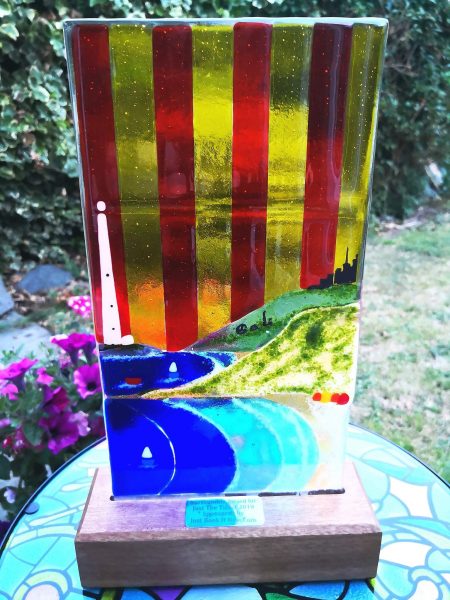 It is just over a month since Catapult PR pulled off one of the greatest achievements – if not the greatest – in its 20-year history. Despite our local paper, the Blackpool Gazette, choosing to ignore our David v Goliath success, there are very many people, at the highest levels of the PR industry and the general business world, who have. We have never had such a reaction from award success before, despite this being our 30th.

Winning the national CIPR Excellence for the Best Travel, Leisure and Tourism Campaign, was brilliant in itself, as we saw off competition from the five London agencies handling campaigns for EasyJet, Virgin Holidays, The National Trust, Holidays.com and Legoland. Despite having a fraction of their budget and resource, we made up for that through sheer passion, creative approaches and brilliant grass-roots PR. We know that, as two judges made it their mission to seek out the lady in the long coral dress and tell her what an impact she had delivered on the day of interviews and how her passion had shone through. That, in itself, was so much appreciated.

It is far from easy to mobilise an entire county, especially one as huge, sparsely populated and diverse as Northumberland. Luckily, we have the advantage of not being Northumbrian, (though we’d dearly love to be), so can view things objectively. The knowledge we have acquired on how to set up a county day is phenomenal and, although we have won four PR awards to date for Northumberland Day 2017, we believe 2018 has been even more successful.

Setting up a county day from scratch is problematic. There are compromises to be made, big decisions to be taken, core programmes of activity to put into place. It’s one heck of a journey and it’s exhausting, draining, frustrating and yet rewarding – hugely rewarding. Let us just say at this point that we have set up a county day with absolutely no funding. We’ve pretty much proved how much money is wasted through funding schemes, as all the money in the world cannot buy you engagement. Only relationship building, the ability to rally, inspire and motivate, and complete dedication to the cause can do that. We’re actually glad we never received funding, as all the red-tape, bureaucracy and minutiae would have strangled the project. We did what we did on a shoestring. You need a bit of money now and again, and some great, committed sponsors, but beyond that, you might as well kiss funding goodbye and build a dream that will last, because it has none. If people actually stopped relying on funding and got off their sofa and did something just based on passion, it’s our view that the world would be a much better place. That’s why we’re the best agency you could possibly choose, if you are a community project, charity or not-for-profit business. As long as we can buy into your vision, you’ll find no PR agency as committed to your goals.

A huge sense of achievement was what was left with us after our Northumbies Awards 2018, which took place at Langley Castle on Thursday evening. Sponsorship, which we sourced, allowed us to have 7 Northumbie categories this year – 3 more than last year. Additionally, we had four Hearts of Achievement runners-up awards. Last year, we had to drive to each winner and hand over the award privately. This year, we had a ceremony to which people journeyed from as far away as the Anglo-Scottish border, from Alnwick, and at the coast at Seahouses – in the evening! The number of attendees was astounding.

The vibrancy in the room was also so uplifting. We had not just winners and runners-up there, but totally engaged, committed people ready to go out and help Northumberland Day grow even further for next year. Some are already talking about being part of 5-year plan that will see Northumberland Day as ingrained in the community as Yorkshire Day. Others have already offered us ways of raising funds for 2019 and come up with ideas for the launch next year. All are putting dates in diaries and already planning their own individual approaches. All have extended an invitation for Catapult to visit them and work with them during the year ahead.

Having taken a decision to present the awards with a fair degree of narrative, to explain what each business did, so that all could be inspired by the ideas and efforts of others, and having wrapped the event up, it was humbling to have someone stand up, without any warning, to say that NOTHING would have happened without the person driving the whole initiative. A state of shock at this level of appreciation ensued, in fact!

But whilst all of this was a huge milestone for Northumberland Day, it is also a vindication of a business decision that was road-tested last week with innocent arrivees at the new office and which was concocted during two weeks away from the office (well, physically at least, even if the workload was no different). It’s a bit of a gamble, I suppose, yet a no-brainer; a way to get to be where we want to be, at just the right time in life. An opportunity to be where we want to be in the future, when all of this is just a memory. A chance to change a life, as well as enrich lives.

Here, there has long been the philosophy of giving everything, because you never know what doors it might open. Some have just opened, domain names have been registered and a whole new line of business has just opened up.