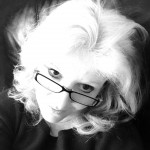 It’s also all about results – or should be – and there’s been a really great mix of national coverage generated recently, in titles like The Independent and the Mail on Sunday, as well as in more niche titles, such as heritage railway magazines and construction titles.  We’ve been selling it hard.

This week, we’ve secured a 3-4 page feature for a client in construction within a leading trade magazine, managed to reel in one of the top regional dailies for a feature on another client, created headlines about the visit of a children’s TV character to a visitor attraction and lined up an interview with a top trade magazine for a financial services client.

The range of media we are dealing with is pretty vast, so it’s all about keeping on one’s toes, monitoring changes in what media titles are looking for over time and selling in suggestions, whenever possible.  It’s about being PR professionals.

However, PR is also about hard work.  This week, we completed an in-depth media training manual for a client’s sales force nationwide and have travelled over 400 miles in pursuit of clients’ goals.  We’ve spent hours on research, to fuel campaigns with great angles and have been working hard on different materials for social media use.

And the third thing to put into the mix, after media relations and hard work, is what we shine at – PR ideas, imaginative campaigns and continuous inspiration.  Entering into role play and emerging with an unforgettable campaign to play out.   That’s certainly delighted clients recently … and, on that note, there are another 5 proposals to write this weekend.  That’s where we sell it all – bringing everything to a crescendo and creating a real buzz about it.

Catapult PR is moving fast and may, quite simply, be moving some time soon, having realised we’ll never take people who live locally on our rollercoaster and path towards the ultimate dream.  I hate to say it, but my accountant was right 17 years ago …

There have also been interesting discussions about being part of a much bigger picture and that’s hanging in the balance.  Whatever happens, the attempt will be to remain what has been described as ‘unique’, ‘quirky’, ‘unforgettable’, ‘enigmatic’, ‘exciting and ‘passionate’..  It seems that, whatever it is that we have, it’s a shame we can’t bottle it and sell it  … unless, of course, we can …  Watch this space.