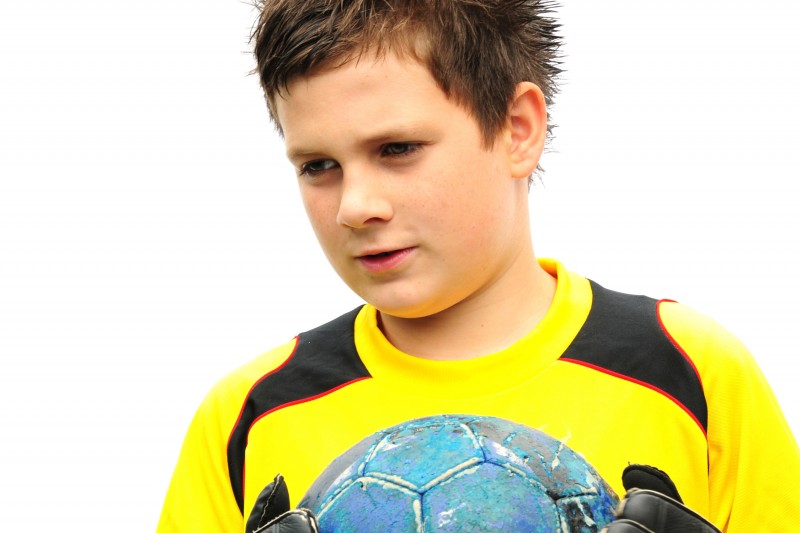 This campaign began life as a PR campaign for Yorkshire Building Society’s Children’s Treasure Bond – a financial bond that grows in value, with the child. Some exciting initiatives generated national headlines, even before we devised a spin-off campaign while writing a press release that contrasted the gift of a bond, growing in value with the child, with that of a football shirt that is quickly outgrown. At that moment, we thought what a great idea it would be if we could ask fans to donate their outgrown shirts and use them as a vehicle for community engagement and CSR activity. That’s how the Send Shirts To Skopje campaign was born!

After discovering that Bradford, where Yorkshire Building Society is based, is twinned with Skopje, the capital of Macedonia, one of the poorest countries in Europe, we forged links with the British Council in Macedonia, who were delighted to be involved. With this partner in place, we literally kicked the campaign off in style, attracting Daily Telegraph football page coverage on day one (well New Year’s Eve, in fact!) and soon receiving a very generation donation, from football magazine ‘Match’, of a box full of shirts.

Whilst early generation of coverage about this appeal was relatively easy, given our football media contacts, and we had truly touching donations, such as a shirt that one pensioner had kept for 40 years, we knew we needed to find a mechanic that would literally keep the ball rolling for Skopje. To this end, we developed a truly quirky idea – our own version of the FA Cup – pairing up football teams around the country, which are in close geographical proximity to each other, as opponents in the first round of our very own creation, the Send Shirts To Skopje Cup. That round was truly built on all the cut and thrust of a derby match and it worked!

As local rivalries saw the shirt tally soar, and football teams invited us to training, to receive signed shirts that would help urge their fans on to donate more than their rivals, we also witnessed footfall into Yorkshire Building Society branches escalate. We truly began to see all the magic befitting of the FA Cup and even had real football managers and experts drawing rounds two and three! We uncovered our own giant-killers, as Rushden and Diamonds beat Chelsea and Raith Rovers triumphed over the likes of Celtic and Rangers and we elicited the support of a Macedonian international player, Goran Stanic, who staged a photo call and sent a message of support.

Out in Macedonia, the British Council chose a young film maker to come to Britain, to interview key people and film the packing up of the shirts – a whole day’s effort, which was handled by a local youth club. By this time, we had 13,000 shirts, from clubs and fans up and down the country, had achieved nearly £100,000 of coverage and had increased footfall into YBS branches by 74% – a key objective. All of this happened in the course of just a few months, proving that an idea can literally be worth its weight in gold – or shirts!

But the real coup was yet to come. When the British Council could not provide the services of the army to help transport the shirts, as expected, we managed to arrange a very special delivery via the RAF and a Hercules jet – all for free – as you do! Little wonder then that the campaign won a prestigious CIPR North West award for delivering Best Value!