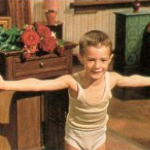 “Buongiorno Principessa!” – The genius of ‘Life Is Beautiful’

PR is all about creativity – or should I say that successful PR should be all about creativity. On that basis, it is advisable to be an admirer of creativity in all its forms, which is why I have to bow down to the absolute genius of Italian film director, Roberto Benigni, and his 3-Oscar masterpiece ‘Life is Beautiful’ or, in Italian, “La vita è bella’.

I first encountered this film in my Italian conversation class, which I had to sandwich for 3 years between O’Level and A’Level, as the A’ Level course was suspended for 3 years.  We watched it in instalments, which wasn’t ideal, especially as I did what many people can do watching this film and dismissed the first part as clown-like slapstick.

My understanding and love of ‘Life is Beautiful’ has grown immensely over the years, particularly when I realised the full genius of Benigni.  That appreciation first hit me once we had managed to watch all instalments in Italian class, but particularly after I studied it as my research option for my A2 Italian exam.  I threw myself into that, not just watching the film, but studying the whole historical context behind the film (Italian fascism and the rise to power of Mussolini) and, in particular, Mussolini’s passing of Le Legge Razziali – the Racial Laws (1938), which prohibited the Jewish community from holding office, operating businesses and marrying non-Jews, amongst many other things.

If you want to look deeper into this, you can watch another brilliant film about this called ‘Il Giardino dei Finzi-Contini’ or the Garden of the Finzi-Contini.  Don’t be put off by the fact that both these films are in Italian, as you can follow the English sub-titles and not miss a thing.  In fact, Benigni plays the main character in La Vita è Bella and he very much speaks in a broad Tuscan dialect, which is really hard to follow even if you speak Italian.

Where La Vita è Bella differs is in its treatment of the holocaust in Italy.  While “Il Giardino dei Finzi-Contini” touches on this, it doesn’t go into the depth that Benigni goes into in his film.  This is where critics of Benigni’s masterpiece go into overdrive, because they claim that he trivialises the Holocaust through what they see as a light-hearted approach to the horrors of this terrible occurrence in Italian history.  In saying that, they judge things at face value and fail to recognise the genius of Benigni, who deliberately uses this technique, in order to convey what you might say is a PR message.  To my mind, he is the master of spin.

Let’s look at the context.  Jews had lived in Italian society and been integrated into it for centuries.  Although Mussolini rose to power as a fascist, there was no hint of racial hatred towards Jews right up to the passing of the Racial Laws. In fact, one of his key ministers was a Jew, as was his mistress.  As the plot of ‘Life is Beautiful’ shows, persecution was something that crept up upon the Jewish community, completely out of the blue, and they were caught out by the sudden ramping up of this persecution, carried out by Mussolini’s ‘squadristi’ perhaps because Mussolini suddenly found it politically advantageous to kowtow to Hitler, having met the Fuhrer and recognised that the Italian military could never impress his German ‘tutor’ and he would have to do something else to ‘impress’.  In total, 8,000 Italian Jews died in the Holocaust.

‘Life is Beautiful’ is sheer genius because it has two distinct halves, which helps to convey this dramatic shift in attitudes towards the Jewish community and the naïve manner in which many Jews went about their business, never suspecting what might happen.  The first half is light-hearted, comical, representing the waiter Guido (Benigni) as a happy-go-lucky, opportunistic waiter who meets schoolteacher Dora and recognises he cannot live without her – his “Principessa”.  His antics win Dora’s heart in a truly beautiful way and this helps set the scene for what is to come – hell on earth, in which survival can only be attempted by playing a game, hanging on and preserving the intense love that the family have for each other and maintaining a sense of humour in the most appalling of circumstances.  The second half of the film is all about the tragedy, but also the seed of hope that survives it – the triumph of good over evil.

If you really wish to understand the Jewish holocaust, read Primo Levi – “If this is a man”. I haven’t, because I know that I would dissolve emotionally, as that is what the Holocaust does to me.  However, I have read extracts from it – parts which describe the twisted faces of guards in the concentration camp as they read out instructions to the camp inmates.  Compare this to what happens in ‘Life is Beautiful’ and you will see that Benigni did his homework. In fact, he worked extensively with a Jewish studies centre in Jerusalem.  He actually conveyed everything that Primo Levi detailed in his summary of Auschwitz – hell, fear, pain, hunger, but in a way that he could ‘get away with’, without making people switch off.  He had to be clever.

The fact of the matter is that the Holocaust in Italy is something that many Italians have tried to deny and overlook, because the truth hurts.  Friends abandoned their Jewish neighbours, allowed them to be persecuted, tortured and carted off to their death in concentration camps.  Italians have tried to wipe this from their memory, so when Benigni came along in 1997 to tackle what he refers to as a “taboo” subject, he had to play it carefully. For this reason, he has deliberately made use of wit and satire and subtle nuances and symbolism to convey what the Italian society of the time allowed to happen and why.  Italians were blinded by Mussolini and his propaganda, they were convinced that they had triumphed in their war in Ethiopia and had a fabulous victory (in reality over a tribal nation), they worshipped Il Duce and his bust and image, his ideology and his propaganda-led educational system. They were convinced by his ideologies.  All of this is superbly conveyed in the scene in the ballroom.  Here, the windows are blacked out, mirrors obscured, the eyes of the Italian bourgeoisie completely closed to what is going on around them.  They are puppets controlled by Mussolinian ideology.

Consequently, Benigni plays it carefully, through humour, but there is a truly serious message to every humorous interlude.  Life in the concentration camp is a game, but many survivors bear testimony to the fact that it had to be, if they were to survive.  To paint the truth, with all its harsh realities, would have made the Italians who negate the holocaust walk out of cinemas across La Bella Peninsula.  As it is, they can watch the action and walk away with the message that this situation should never be allowed to happen again. Which is best – stark reality, or subtle nuances and an implanting of the key messages?

To me there is one moment of symbolic brilliance that I’ve never seen a commentator mention. It’s when Guido takes to the loudspeaker in the camp – symbolically breaking the silence and the theme of silence that has been introduced by the riddles of Dr Lessing. Look out for it, as I think this is Benigni saying to the Italian community of today that someone has to speak out about what happened and shatter the silence and if someone had done that at the time, 8,000 lives might have been saved.

Levi stated that if understanding the Holocaust is impossible, knowing about it is important and I believe Benigni achieved this objective for him, in a global manner. Benignis’s film has made Italy and the world aware of what went on in Italy from 1938 onwards and brought an end to denial.  As one commentator has said, Benigni risked a lot in making this film as he did, as he violated a taboo.  He made Italians examine their conscience. He shouted, at the top of his voice, that despite the horrors, despite everything, life is beautiful and did it with an anarchic smile that shook the accepted order of things and carried with it the germ of revolution.

Benigni has stated ‘woe betide the comic who launches messages’ (a literal translation of what he said in Italian). Benigni’s film is one of the cleverest pieces of PR ever made on film, because a comic managed to launch his messages so powerfully.  Buy the film, get a box of tissues at hand, as I have seen many a grown man cry while watching it, and learn a lot about human nature and yourself.  If you buy yourself one film this Christmas, make it ‘Life is Beautiful’.