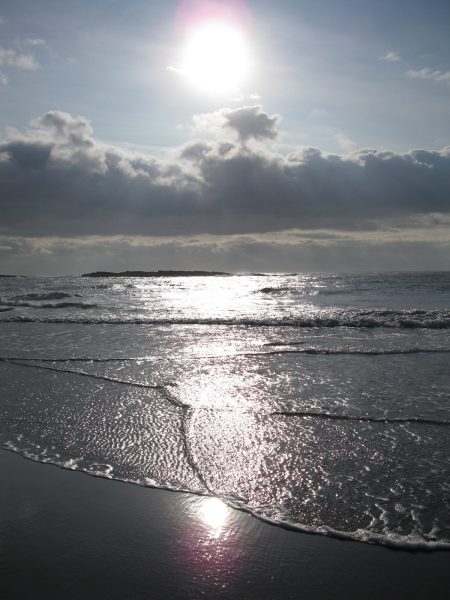 What have you done to make you feel proud? It’s a tricky one in PR. Whilst I’ve always been extremely proud of Catapult PR’s record of achievement, becoming (and I think we still may be) the only PR consultancy outside of Manchester to ever be NW PR Consultancy of the Year, that pride is totally different from what what I’m feeling now. The difference, in just two words, is ‘Northumberland Day’.

Back in 2006, one of my employees gave up PR to go and teach. He said he wanted a career that made a difference. I’ve thought about that a lot since; now I know PR has truly done this.

It seems a long time ago that I was sitting in Hythe (near Southampton) figuring out how I could achieve a new client’s ambition of either reminding people across its county of Northumberland, or telling them for the first time, that it existed. It was hard to get that county-wide coverage, given that only the Hexham Courant considered it truly in its ‘area’. Somehow, perhaps whilst watching the cruise ships sail into Southampton, (or buying the worst chorizo ever at a French market), I hit Google, to try to discover if there was a Northumberland Day. There wasn’t. ‘Nada’, as the Three Amigos would say. I hit the keyboard and drafted a press release saying that my client was putting out a call for a county day. I had no idea whether they’d agree to this, but thought it best to write the story up, so they could see how it worked. They loved it!

The rest, as they say, is history, but it hasn’t been plain sailing, as my body told me at Easter! The initial wave of support back in July 2015 ended with ‘nada’ when it came to action. It took the building of a targeting list and individual letters to potential supporters, issued in February 2016, to get a group together to talk about the concept. Months went by as we tried to get funding. Brexit came along and everything went quiet. My co-driver of the concept had a big health scare and retired to Spain. The worst possible thing happened at camp Catapult. It was agreed to push on with a day in 2017, not 2018 as always intended, leaving the buck firmly in Catapult’s court.

Having had to fight tooth and nail to ensure the initiative wasn’t hijacked, and transformed into anything but a community-focused, grass-roots initiative that would have longevity, rather than one of the many passing fads that come and go with funding within the world of tourism, and paid the price with the health, we’ve somehow come out the other side.

The towel was nearly thrown in, after a particularly nasty meeting in which one agenda was clearly the leitmotif. I have to admit that I followed a particularly lovely person, without whose support I would never have got through that meeting, as she thought she’d run out of petrol, saw her to the pump and then headed to the beach at Low Newton, where I have compelling family memories, sat on a bench a short walk from a house we’d hired, put my sunglasses on and cried, remembering 5am walks on that beach on my own and my mother fretting that I’d be abducted or attacked. You have to reach rock bottom to find the strength to go on, I guess.

The turning point for me was Blyth – a meeting arranged in conjunction with the lovely Allie at Headway Arts. The people at that meeting really restored my faith and gave me the strength to carry on. I attracted the first school teacher, who has created such an inspiring programme of activity that it made me cry to read about it. I also found some amazingly enthusiastic ladies from the Newbiggin Maritime Centre. We attracted a farm park and a pub group. I left feeling regenerated … for a time.

The next big conundrum was the website. I’d put out a plea for someone who, out of the goodness of their heart, as we have no money, build a site for free. I chose someone to progress with this, from amongst offers received, and with patience (not a grace with which I’m overly endowed, as my son will testify) waited and waited and waited and waited for action. As I’m also known for doing, I suddenly decided enough was enough – which just actually coincided with having begged another free meeting room – this time in Rothbury – and discovered a village community that had built a website that delivered all that we needed, on a template basis.

Knowing that I’m really good at creating designs in my head, but absolutely useless and lacking in patience when it comes to fiddling with design on a computer (and I put this down to my wonderful lessons in traditional page layout with ems ruler, grids and typeface sizes, which I learned when forced to edit SWEB News for 3 months, and in the back bedroom of previous editor Peter Hill), I again reached out for a freebie (there’s a theme here!) Somehow, I struck lucky again and got a real live web designer to help me.

Getting the site live was such a triumph. In the course of this journey, I’d been forced, in my own head, to retain our intellectual property by creating our own logo. I made the mistake of asking for opinions about this and, of course, there was no consensus. In the end, I plumped for the middle ground and I am now so happy that people get why. The logo, with its heart in the Northumberland flag’s colours as the O in Northumberland was, for me, absolutely fundamental to the initiative. I wanted to convey no one thing – not the heritage, not the landscape, not the tourism, not the arts and crafts or the food, but all of these, avoiding bias to one thing, but focusing on what I saw (and see) as the most crucial thing of all, if we are to create history and keep this celebration as an annual fixture – passion.

There’s a little bit of me in that O that’s a heart. I look at it and it stops me thinking about the few negative people who I’ve encountered on this journey. It reminds me to do what I’m good at and dig my heels in and show people that I’m tougher and more resilient than they think. It reminds me of my dear supporter in Spain, who has sent me so many emails with the word ‘amazing’ in them that I’m almost believing it. I actually think that O has kept me going, over the thousands of miles I’ve covered, at Catapult’s cost, in spreading the word, engaging and inspiring people and trying to make this a success.

Sitting at Old Trafford and having the Daily Mail call me about this certainly helped. I think I got the ‘amazing’ word again, once the journalist realised there’s no funding, no huge organisation, no massive sponsor behind this, fundamentally just me and my freebie-giving associates! Suddenly getting people emailing in their events, telling me about their amazing plans (still not on the website in some cases, as not yet finalised) and knowing that children in schools are now getting involved, drove me on to one-to-one meetings with media, to finding that extra hour at night to manage to do more of this, to finding a glass artist who will make me amazing ‘Northumbies’ one of which I can dedicate to my mother and use to reward a school and an inspirational teacher.

We’ve just over a month to go now. The hard work is done. It’s now a matter of how many people will swing to Northumberland Day. Every day, I find events on the internet I didn’t know were happening. Every day I think of something new to do. Every day, I look at that heart that stands for the ‘O’ in Northumberland, remember the passion that it conveys, and hit the keyboard and do just a little bit more. One month and 6 days away. An initiative by the people and for the people, free from anyone’s self-interest and so much more popular for being so. History in the making. People thinking it’s been a breeze, when it’s been anything but. Bring it on! I’m now SO proud.