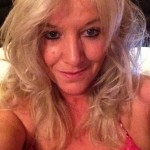 It’s been a tough week in the Catapult office.  I only flew back from Bologna on Sunday, with a 4am wake up time, which transpired to be 3am because of the clocks going forward!  My case was too heavy at Bologna (hardly surprising), but I eventually paid Lufthansa and somehow managed to get back to Manchester by 10.10am for Mother’s Day duties …

I hadn’t made it easy for myself by booking a new business meeting in Preston at 11am on Monday, but the product was so lovely when I got there that I didn’t care.

It’s then been a tough week of issuing, writing, awards writing for clients and feeling decidedly upset and ill yesterday, which didn’t help at all. Not sure I’ve recovered from all the energy I expended in Bologna yet!

Not sure how I’ve managed to get through it all, but it’s not all over yet, as more awards writing awaits tomorrow and that’s not easy.

I’ve also somehow (in between) managed to keep the international book rights ball moving and have made a start on UK promotion and distribution.  I’ve gone on the gut feel that I was meant to meet someone and that it was fate, so have submitted my books to them, to see if that’s the case.  I’ve also been further assisted by my lovely new mentor from Bologna (amazing what a rapport you can get over avocado) and have really taken his advice on board.

Absolutely exhausted and emotionally drained right now, due to having been let down badly by promises that proved to be empty, but the London Book Fair awaits, with international rights training and more excitement on Tuesday.  The winner takes it all – and she has – romping home with Pineau de Re at the 33/1 rate I got on Thursday.  I had a connection with it and that’s not to be disregarded lightly.

Very excited by the book groundwork I’ve done today, although I haven’t yet planned out how to pitch for the £20,000 I may need for my super-duper idea that was bolstered by a meeting in Bologna.  This is so close to my heart, as it dovetails with my literacy work, so I really hope I can get the financial backing to make it happen.

Yesterday, however, in the depths of feeling sick and worried, I did scamp out the plot for what I think will be an incredible and very different book for the teenage audience (and adults), so that;s another iron in the fire.  I’m very excited by it and am putting Befana Drama 3 on hold, to see if I can get this one sorted out now and then hurriedly write BD3 pre-Frankfurt Book Show. This idea’s been in my head ever since my book cover designer, Damon, produced the first cover for Befana Drama 1, which was wrong for that, but which was so fantastic that it made me think of another story and plot.  I’ve struggled to bring it all together in my head, but I think I’ve now finally cracked it. It’s amazing what feeling at rock bottom can do.

It’s all a numbers game after all and with as many eggs as possible in the basket, the chances of achieving the ultimate game have to be so much greater.  Let them mock and laugh at this, if they wish.  I’m still inspired by Marilyn, knowing lots of girls are dreaming ,but I’m dreaming harder.  There’s so much on the boil now, that i don’t know what will happen first, where in the world it might be, or where it might take me.  Scary? Probably, but wouldn’t give it up and throw in the towel for anything.  It’s a rollercoaster, but the most exciting journey I’ve ever been on  … and I’ll go back to Bologna next year if it kills me!