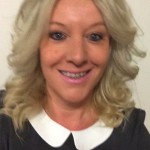 It’s been a tiring, but very uplifting few days – well few weeks actually.  I suppose it started with a very draining, but very fruitful trip to the Frankfurt Book Fair, where I caught up with old friends from Bologna and met my new literary agent for Italy, the lovely and totally on-the-ball and energetic, Silvia Meucci.

At the weekend, I fell back in love with many of the old PR campaigns of yesteryear, having spent a good two hours in the “archive”, taking a walk down memory lane to find materials that I could include in both a creativity workshop and evening seminar that I gave at the University of Lincoln last night.

The drive to Lincoln wasn’t too bad (apart, ironically, for the M55 and first part of the M6) and the creativity workshop (despite being an hour shorter than the time that I had been given), seemed to go well.  I was then asked to give a radio interview for the student radio station (and another in the NE) and relived my days of being wheeled in to Radio Everton every other weekend!  I suddenly realised that my voice has changed dramatically recently and can only assume that it’s speaking Italian and getting the famous “tone of voice” (as Gemma Goodman would say) that’s done it!  On that note, maybe I should plan that trip to stay with her widowed brother-in-law …

It was then back into the seminar room for an evening seminar, with a very temperamental AV system that I gave up with in the end, before spending a good 45 mins trying to find my route around Lincoln to the Premier Inn.  I found some lovely people on the way, however – the taxi driver at the petrol station and the lovely gent on the bicycle, to name but two!  I realised how lovely people in Lincoln are and started to reminisce about my idyllic days at Cambridge.  That was soon reinforced when I tasted the cup of coffee I brewed in my bedroom – I had totally forgotten how awful the water tastes in this part of the country!

After a late evening plug-in to Radio 5 Live footie commentary (depressing), I took to my bed with a children’s book (one of a series I am instructed to emulate, to give Italy its own series in the same vein and give me a big spin-off from my existing Befana Drama books).

Today, I travelled over the Pennines and through the Peak District in appalling weather, but managed to reach Manchester in time for my 2pm appointment for an assignment that could be truly exciting pre-Christmas.  I actually managed to find a bit of time to scamp out the first in the new book series and am now totally convinced that my agent is a genius and there are maybe another 10 books that can thrill children globally and make my little ‘Bef’ a mega-star!  Bring it on!

So, feet up tonight, having seen my son off for football reporting at Bloomfield Road (poor thing) in appalling weather.  I’m so appreciative of Lincoln Uni’s students’ feedback, messages, Twitter and Linkedin hook-ups tonight, having had chance to review it all.  If I can do my little bit to make an impression on someone’s career or life, I shall feel satisfied.  As a former colleague used to say, all any of us can ask for is a little sunshine in our life now and again.  I am hoping that my chance of sunshine is about to appear on the horizon – in all aspects of my life.