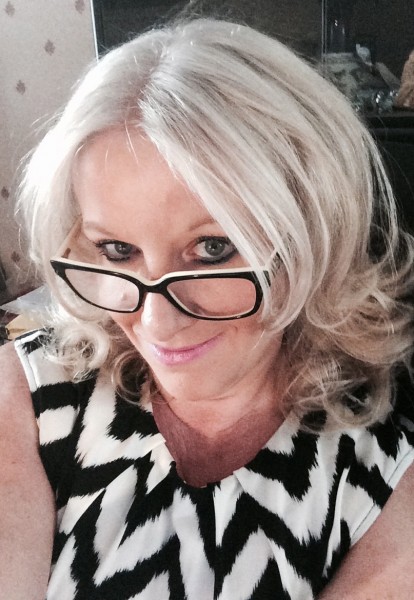 So August has finally ended! This has undoubtedly been the busiest (and longest) month Catapult PR has ever experienced in the last 17 years … and we foolishly thought it would be a month in which to get the new business bandwagon rolling, by planning a lot of out-bound activity. There’s actually been hardly any of that, thanks to everything that’s come in-bound.

You know you’ve been working ‘sodo’ as they say in Italy when the first thing your mother says to you is: “you look really tired.” Having your hairdresser shake her head, when you again reject the offer of magazines to read, because you can’t waste the time sitting there by not writing a press release, also says it all. If there was a prize for multi-tasking, I’d undoubtedly scoop it every time. This is largely the reason why I didn’t answer the recent journo request on anti-workaholism policies at work. What are they??

It has, literally, been non-stop PR for two months now, with a few 18-hour days in the mix. However, the rewards have been there too, with four new clients in the last two months (in Manchester, Warrington, Blackpool and Milan) plus some project work, and the return of former clients, which was totally unexpected. Another prospect continues to hover – or actually, I think there are two hoverers, and a potentially massive ‘introducer’ at present and all would be warmly welcomed.

As from tomorrow, help is at hand (hallelujah) but we’ll have to see how that pans out and what it means, in terms of how much further we can achieve.

One piece of public relations work, in particular, has been all-consuming in August, involving messaging analysis, the drafting of multiple and tailored advertorials and web directory editorials, brand new web copy and loads more. Considering all this only started mid-month it’s been a massive amount to get through in a very short time, but it’s been done and, what do you know, it’s invoicing day!

But existing clients have also kept us remarkably busy, rolling out new initiatives and gearing up for the September release of what could be massive stories that we’ve researched, created and almost begged to be allowed to run with! This looks set to continue, with a quote having been whizzed off to Leeds on Friday that could see us handling a whole heap of special projects for a current client. It’s as if there’s been a realisation that unless they treat us right and seize the day, to grab more of us while they can, they’ll miss out and potentially lose us altogether. That’s actually really nice and refreshing, but then they are really decent people that you’d trust with your life.

On that note, a conference presentation slot, which we’d agreed to do, has been upped from 10 minutes, to 40 minutes, with an overnight stay and dinner thrown in! Some work on this is going to have to be tackled this week, as one doesn’t want a presentation to be boring or beige. It may even see the famous wand coming out, as one will not tolerate anyone falling asleep during a mid-afternoon slot – not with the power of Severus Snape in hand! Sussing out Weetwood Hall mid-week will be interesting. Let’s just hope I’m not writing press releases over dinner!

We’d really hoped to hear about another business pitch before the Bank Holiday weekend, but haven’t yet heard anything (and this is now the impatience bug, that’s been so well kept under control in the last year, coming back to nag!) It would cut deep not to get this work, as it would be a soul mate of an account for someone with ‘magpie instincts’, as they’ve been described many a time. True sadness would accompany a ‘sorry but’ … but you can’t win ‘em all.

Ideas, great press releases, timely pitches of information and sheer hard work has seen an enormous amount of coverage come in during the summer, which is always a double-edged sword, as it not only means paying the cuttings agency more, but also eat up more admin time in analysing it all! When you create a monster – which we’ve done in a few instances this month, not to mention a dinosaur-focused competition – you literally pay the price!

Amongst all of this has been a raft of broadcast coverage, with TV and radio slots being seized left, right and centre, for many different clients. Having clients happy to get down to lakes, railway stations, a quiet place on their farm and other strange locations has been absolutely crucial to this, whilst having others take good photos has been key to press coverage. However, if I have to utter the words, ‘make sure it’s high-resolution’ many more times in my life, I think I will spontaneously combust!

Considering that we’ve held back big stories, to avoid issuing whilst press were away, September could be pretty frightening. As I’ve also been saying for weeks, ‘when Italy gets back from its holidays’ all sorts of things might happen. The ‘agosto’ exit should have now ended, so September could produce all manner of opportunities. Take for instance tomorrow – our client in Bologna is filming for a UK TV show. I also need him to get his flights booked for a November extravaganza in Northumberland!

Our CSR activity for the All England Stone Skimming Championships really did go up a whole gear this year, producing more pre-publicity than ever before, despite how busy we were anyway. The messages of thanks have been very welcome and who knew how many people around the country would want to email me about stone skimming late into the evening. There’s a whole sub-set of secret stone skimmers out there in British society, I can tell you, and they now all seem to know me!

So what now? Well, there are now two chapters of a brand new book, in a brand new series of books, written, the last book (now my favourite by far) is out with key people and decision makers, as are others, and I’m now thinking of penning a new title ‘ Life after Cryptosporidium’, should that day ever come! One is attempting to look after one’s health, despite being unable to turn on a tap and drink the water, and trying desperately to get a range of workmen to come to the house, when not running into Better Bathrooms showrooms, en route, or coming back from, long meetings in Warrington!

One has also had two wins on Premium Bonds – having had none in about 30 years before sending off the numbers of old paper bonds last year, so they could be inputted digitally! Funny that I’m now suddenly winning!

The new pasta board hasn’t had a single outing in the kitchen since being bought in May, but I’ve become an expert on Indian street food – not to mention somehow avoiding driving down the massive hole in the Mancunian Way, the night that it appeared! Possible plus-ones have put themselves forward for launches, openings, festivals and all manner of other things (you see, some people do understand that my life can be pretty interesting and great fun) and there’s a reccy to Italy to arrange in the coming weeks … now that Italy’s back from its holidays!

Something tells me that July and August haven’t been a blip, though the comparison to last year couldn’t be more different. However, things happen for a reason and, if they hadn’t, I wouldn’t have down what I did and become so enthused having done it. Now, September 2015 could be very interesting indeed. One had better try to stay awake as much as possible, if only to see how many competitors are viewing the LinkedIn profile!